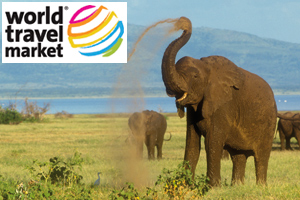 Kenya has stepped up security in all tourist areas in the wake of recent attacks on foreign nationals and is reassuring British travellers that the destination is safe to visit.

As well as increasing security in the area, the Kenyan authorities are educating locals about the benefits of tourism. Ndegwa said most tourist areas were occupied by just one such group and such community tensions are rare.

The Kenyan government has responded to September’s kidnapping incidents attributed to Somalian militants affiliated to Al Qaeda by sending troops to secure the country’s borders.

In Lamu, where a British couple and a French woman were attacked in September, measures include a military presence on the ground and aerial and naval surveillance, plus an increase in security at hotels.

However, the tourist board is not currently encouraging tourists to visit the area in line with Foreign Office advice against all but essential travel there.

Kenya had been on track for a record year for tourist arrivals from the UK, but forward bookings have slowed and the Kenya Tourist Board’s focus is now to reassure tourists that popular safari areas including the Masai Mara, Amboseli and Tsavo East and West, and the beach resorts of Mombasa and the south coast, have been unaffected by any violence.

Ndegwa said: “Kenya is as big as France, and these attacks are far away from popular areas like Mombasa and the Masai Mara. Tourism provides 11% of our GDP so it is important visitors understand that it is safe to come.”

Kenya will use its links to the UK in promotional focuses next year, with one campaign based on the Kenya’s  2012 Olympic athletes and another surrounding the Queen’s Diamond Jubilee.

Treetops, the hotel in the Aberdare Mountains where the young Elizabeth was staying in 1952 when she discovered she was Queen, has undergone a major refurbishment, and the campaign will push the country’s Royal links to both the Queen and more recently the Duke and Duchess of Cambridge, as William proposed to Kate in Kenya last year.