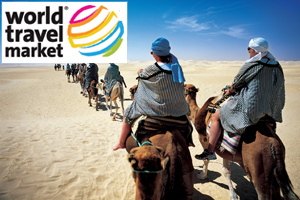 Tunisia will invite the Duke and Duchess of Cambridge to visit the country to prove how safe it is following the Jasmine revolution.

The Tunisian minister of commerce and tourism Mehni Houas told a World Travel Market press conference that he hoped visitor numbers will bounce back to pre-revolution levels.

That would take numbers back up to seven million tourists and revenue of $3.5 billion recorded in 2009.

This year, as a result of a downturn due to the revolution it had been expected that those numbers would be around half for both number of visitors and revenue generated.

“We strongly believe that Tunisia is already a country where tourism could be restarted quickly,” Houas said.

“The message that Tunisia is now a free and democratic country that respects international law and human rights is now everywhere  especially in Europe, which is our strongest market.”

Tunisia will seek to promote itself as a country that can offer culture and history rather than just sea and sand, said Houas.

He pointed out that it has over 3,000 years of history and that the last war in the country before the revolution was over 2,000 years ago when Hannibal was fighting the Romans.

Tunisia will look to run more agent fam trips this year having put ion six since the revolution.

Monthly figures for British visitors show they are running at around 30% down, an improvement on 40% plus during the summer, the best of all its source markets.