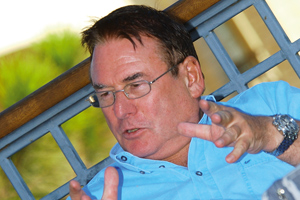 Barrhead Travel has fired a warning shot to Thomson and other companies looking to reduce agent commission payments.

Bill Munro, founder of the Advantage agency chain, suggested companies reducing commission “had shot themselves in the foot” claiming there were plenty of alternative suppliers.

His comments come as fears were raised by members of the Freedom Travel Group, part of the Cook/Co-op joint venture, that Thomson is cutting their commission because they are now part of rival Thomas Cook.

Thomson has said it in talks with all consortia to introduce its new tiered commission structure, paying a base rate of 7% to the lowest-performing consortia agents. It is understood higher performers will receive 10%. Historically consortia are understood to have enjoyed rates of 10% or 12%.

Munro compared Thomson’s move to that of British car manufacturers 40 years ago, which reduced the number of dealerships they sold through to control their distribution.

He said: “The British manufacturers had, in effect, shot themselves in the foot. They opened the door to severe competition. Thomson and others beware.”

Meanwhile, one Freedom member said: “I am disappointed. It is going to restrict my ability to sell Thomson.

“I was under the impression that our deals would strengthen under the merger.”

Nick Longman, distribution and customer director at Tui UK & Ireland, said: “If we are not a key part of someone else’s business model then our commission rate should reflect this.”