Other industries have just discovered the merits of working from home, but travel agents have been doing it for decades, finds Samantha Mayling.

Over the past 25 years, the homeworking agency sector has evolved from a handful of pioneering companies to an estimated 50‑plus players.

Now, amid lockdowns during the Covid-19 crisis, vast numbers of office and shop workers in many industries are becoming accustomed to working from home – and hundreds of agents have or are planning to set up as homeworkers.

Homeworking agencies across the board have reported a spike in interest since March, as redundancies and reassessed lifestyles have accelerated the ‘WFH’ trend.

But homeworking in travel can trace its roots much further back.

Trailblazer David Speakman founded Travel Counsellors in 1994 and the brand has grown from three homeworkers to almost 2,000 in seven countries.

Other early adopters include Future Travel, the homeworking arm of Co-operative Travel, which was the market leader in the mid-2000s, with more than 500 agents by 2004.

It was renamed as The Co-operative Personal Travel Advisors following the retail merger with Thomas Cook in 2010.

“Early adopters include Future Travel, the homeworking arm of Co-operative Travel, which was the market leader in the mid-2000s.”

Thomas Cook rebranded the homeworking group to The Freedom Travel Advisors in 2017.

Sadly, Freedom ceased trading with the collapse of Thomas Cook in September 2019, and many agents moved to consortia and groups such as Midcounties Co-operative, The Vertical Group, The Travel Network Group and Protected Trust Services.

The Vertical Group is the parent of Your Holiday Booking, which has grown over the past couple of years as multiples have cut back on their high street presence. 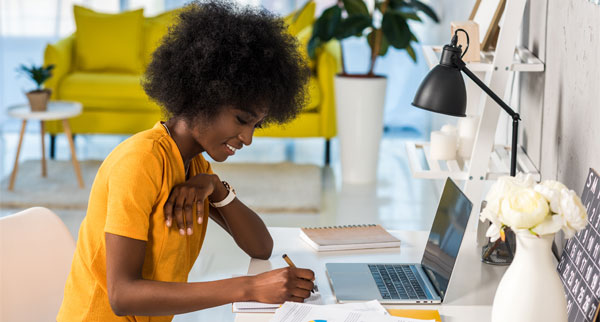 Commission cuts by major operators such as Thomson in the mid-noughties spurred many homeworkers to turn to dynamic packaging as the margins on package holidays shrank.

Hays Travel ramped up recruitment of homeworkers around this time, doubling numbers from 80 in 2004 to 160 in 2006.

Travel Counsellors’ in-house dynamic packaging system, Phenix, was a key technology driver in shifting the balance for its agents from traditional packages to tailor-made holidays.

The company’s model has also evolved, and now its franchisees also work as pairs, trios and teams, employing assistants, or even moving into high street stores or shared office spaces.

“Commission cuts by major operators in the mid-noughties spurred many homeworkers to turn to dynamic packaging.”

Alistair Rowland, now chief executive at Blue Bay Travel, has overseen homeworkers for 20 years. He was managing director at Future Travel and remembers when agents sold via Teletext.

He has seen business models evolve, with self-employed options becoming dominant while employed agents working in a call-centre-style role, albeit from home, are fairly limited.

“There are myriad self-employed models: either they fulfil from a source – with lower commission – or offer the classic 60:40 commission, with 60% to the agent, 40% to the business. Some people mix the offer,” he says.

Now at Blue Bay Travel, which is part of Midcounties Co-operative, he has launched a new homeworking offer that pays half the commission in the month of booking to help with cashflow during the Covid-19 crisis.

Midcounties Co-operative launched its homeworking division, Personal Travel Agents, in 2012 and encompasses other homeworking ventures such as The Travel Directors and newly launched The Travel Managers brands from the Aquilium Travel Group.

Protected Trust Services is another firm with its own homeworking agents, some of whom have plans to take on homeworkers themselves, such as Travology. Other long-established brands include Holidaysplease, set up in 2002, offering leads to agents, who can also develop their own client base. 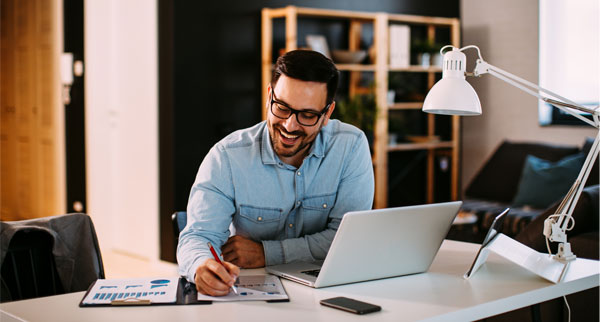 Led by managing director Jason Oshiokpekhai, these four brands are being brought together under a new homeworking division of luxury travel experts known as Global Travel Collection.

Another US travel firm, InteleTravel, launched in the UK in 2018, having operated in the US since 1992. Its arrival has been controversial among traditional agencies, as InteleTravel recruits people with no experience in travel, and has been forced to deny claims that it is based on a multi-level marketing scheme.

“InteleTravel has been controversial among traditional agencies, as it recruits people with no experience in travel.”

More recently, The Advantage Travel Partnership launched a dedicated homeworking division in August 2020. The Travel Specialists by Advantage is designed, according to leisure director Kelly Cookes, as a “hybrid model between a traditional homeworking organisation and a managed services consortium model”.

Cookes says the Covid-19 lockdown has “accelerated the appetite” for remote working.

“Homeworking was on the rise anyway as technology developed but it was a gap in our portfolio,” she says. “It’s seen annual growth of about 10% over the past five years and is probably growing faster now.”

“Managing director Gary Gillespie reports that several ITE homeworkers have taken on second jobs as the Covid-19 crisis has continued.”

Rival consortium The Travel Network Group took on Independent Travel Experts as its homeworking arm in 2013. It is seeing the benefits of having home-based rather than high street agents but managing director Gary Gillespie reports that several ITE homeworkers have taken on second jobs as the Covid-19 crisis has continued. ITE has also had to make three redundancies, but those affected are carrying on with the consortium as homeworkers.