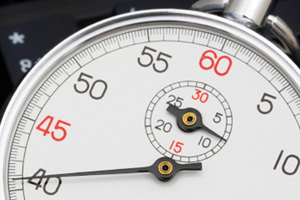 The Las Palmas-based airline achieved the best flight arrival performance out of 47 European airlines tracked by US firm FlightStats.

More than 96% of NAYSA’s flights were on time while Spanish flag carrier Iberia came bottom of the league with just 46% of flights judged to be on time.

The flight punctuality table for European carriers last month shows UK regional airline Eastern Airways as having the fourth best performance followed by EasyJet. Budget rival Ryanair came in at 19th place, with British Airways at 35th with just under 75% of flights arriving on time.

Thomas Cook Airlines was one of the worst performers with just 68% of flights deemed to be on time, while Thomson Airways achieved 73% of on-time arrivals, according to the FlightStats report.

“European airlines turned in a strong set of on-time performance numbers in December with 27 airlines delivering their passengers to their gates with better than 80% timeliness,” the report said.