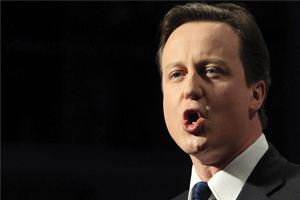 Ministers are to explore all the options around a new London airport in the Thames Estuary, according to reports.

Cameron is expected to offer his provisional support for a scheme originally proposed by London mayor Boris Johnson after the coalition ruled out a third runway at capacity-constrained Heathrow.

A decision on aviation strategy is due to be announced in March and “discussions are ongoing,” the Daily Telegraph reported, quoting No. 10 sources.

The report claimed that Cameron will be supportive of the proposed airport but will make a final decision on the basis of a consultation process.

His deputy Nick Clegg is said to have an “open mind” over the proposal but is keen to consider the views of environmental campaigners and residents.