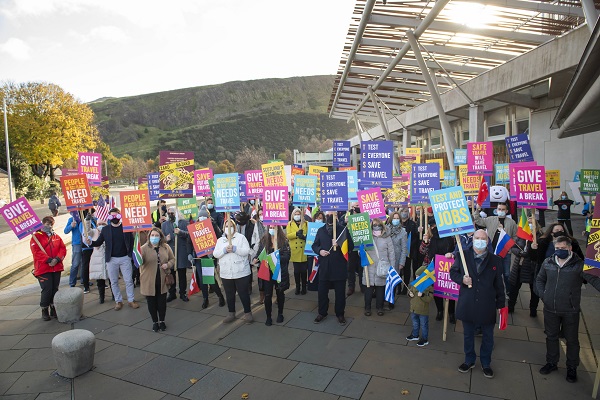 The Scottish Passenger Agents Association (SPAA) is working with the Scottish government and Abta to develop a “fair mechanism” for distributing grants to agents north of the border.

Grants are expected to be handed to businesses in January after the trade bodies submit proposals to Scottish government next week.

Abta, and other travel agency groups, continue to lobby for sector-specific support to be offered by England, and the devolved governments in Wales and Northern Ireland in addition to Scotland.

An SPAA spokeswoman said: “The Scottish Passenger Agents’ Association is leading the work to develop a fair mechanism for the levels of grants which Scottish travel agents may be eligible for, in a joint approach with Abta.

“The SPAA hopes to finalise this stage of the work to secure the support relevant for all travel agents in Scotland next week for further discussion with the Scottish Government.”