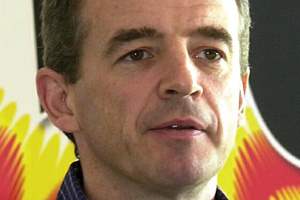 Ryanair boss Michael O’Leary has hit back at trade union allegations that the carrier pressures pilots to skimp on fuel and dismissed claims the Spanish authorities could suspend its licence.

The carrier is under investigation in Spain after three Ryanair flights bound for Madrid had to make emergency landings at Valencia due to fuel shortages when diverted due to a thunderstorm on a single day in July.

The Spanish airline pilots association Sepla called on the government to investigate and Spanish consumer association Ceaccu demanded a three-year ban on Ryanair.

O’Leary said: “Ryanair acts responsibly towards its customers. If it didn’t, the Irish Civil Aviation Authority would have punished us.”

However, German pilots union Vereinigung Cockpit backed the IALPA claims, saying the Ryanair flights had “almost empty tanks” when they landed at Valencia.

The German union’s spokesman accused Ryanair of pressurising pilots to reduce the amount of fuel they carry because of the weight, when: “Fuel is the biggest cost factor with budget airlines.” The union said the pressure “infringes pilots’ rights”.

Ryanair has an extensive network to and from Germany, flying from 10 airports including Berlin Schonefeld, Frankfurt Hahn, Cologne Bonn and Dusseldorf Weeze.

The investigation in Spain follows a complaint by Spanish airport operator Aena.