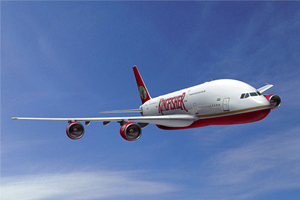 India’s Kingfisher Airlines is in fresh trouble after pilots grounded flights at Mumbai at the weekend in protest at not being paid for months.

Flights to and from Delhi, Chennai, Bangalore and other cities were cancelled after pilots stayed away from work when Kingfisher once again failed to honour a promise to pay them.

Some pilots have reportedly not been paid for seven months.

A spokesman for the pilots said staff had been promised payment on Friday. But a pilots’ delegation was kept waiting 90 minutes for a meeting with the carrier’s chief executive, then told there would be no payment until today (Tuesday).

Kingfisher’s fleet is now down to 20 aircraft, less than one third of its size at the start of the year. Yet losses continue to mount, rising 150% year on year in the three months to June.

The airline, owned by Indian brewery magnate Vijay Mallya, has been in crisis all year.

Kingfisher had been due to join British Airways’ Oneworld alliance this year and was touted as a takeover target for BA parent IAG.

However, it has haemorrhaged cash since its launch in 2005 and fallen from being India’s second-largest carrier last autumn to what is now the country’s smallest national airline.

The airline pulled out of flying from London in March when it appeared close to folding, and has slashed its domestic flying, staggering on since despite repeated complaints about cancelled flights and workers going unpaid.

Reports in India suggest it is only Mallya’s close connections to figures in the government that prevent India’s aviation authority revoking Kingfisher’s operating licence.