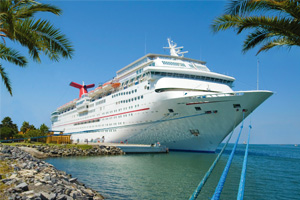 Discounting is “the biggest scourge of this industry,” Advantage members heard at a one-day cruise conference in Manchester on Tuesday.

Michael English, Royal Caribbean International’s head of field sales, told attendees during a panel discussion at the Advantage Cruise Champions event that the company was “striving to get price parity in the market place”.

Commenting on Complete Cruise Solution’s decision to cut commission for travel agents, English said: “What they achieved is they eradicated a large amount of discounting,” adding: “Discounting is the biggest scourge of this industry.”

However, English was challenged by agents over instances where customers, having shopped around travel agencies for cruise deals, then went direct to Royal Caribbean where they were offered onboard credit, which agents said was tantamount to discounting and working against them.

Defending the stance, English said they did not want to offer discounts, but if a customer who was shopping around came to them, then they needed “to be able to take that customer out of the market place” and offer them a good deal so that they did not go to a rival cruise line.

During the panel discussion, Mike Bonner, general manager for the UK, Ireland and the Middle East at Silversea, said some customers “are not going to be giving any loyalty to the agent of the cruise line,” adding: “They are just shopping around.”

Earlier at the conference, John Sullivan, head of commercial at Advantage, told members that this year was the first time he had seen consumers booking cruises later in a bid to get lower prices.

“Traditionally cruise has early bookings,” he said, before adding that bookings for 2013 were up by 5%.

Sullivan said that in 2011, Advantage brought members an additional £40,000 of earning opportunities but up until July 31 this year, the consortium had already achieved that amount, “so we have really strived hard to bring you additional opportunities”.

He reminded people of what Advantage’s ‘cruise champions’ scheme was about.

“It’s about finding an expert in your business, someone that will champion cruise for you, whether that’s to consumers, colleagues or to others in the business,” said Sullivan.

Adele Foster, head of membership services at ACE, said she was seeing steady growth for the cruise industry, caused by both cruise lines’ investment in their ships in terms of “hardware” and different destinations, and also the efforts of agents, “being able to sell with confidence and switching people from land-based holidays to cruises”.

She said that destination was the first priority of customers when it came to choosing their cruises, and that the Mediterranean was the most popular area because of its proximity to the UK and its familiarity to cruisers who had been to the region before.

As for getting to grips with Twitter and Facebook in order to further agents’ businesses, Foster said: “Ignore social media at your peril. It’s the way the industry is going.”