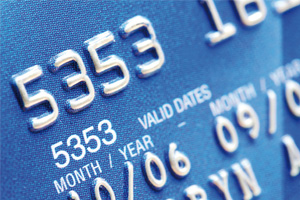 Passengers are being “duped” on so-called transparent low-cost ticket prices resulting from airlines’ refusal to comply with the Office of Fair Trading’s ruling over debit card fees.

The claim has been made by Flybe which also criticised the OFT for failing to clamp down on abuse of the rules.

It pointed to Aer Lingus and easyJet as the main culprits, describing the situation as “a total shambles”.

The regional carrier claims to have become the first airline to stop charging debit card fees in April following an OFT request for change.

The OFT started the process some 12 months ago and in February put “significant pressure” on airlines to officially undertake to remove debit card charges by early summer, according to Flybe.

Most other airlines complied with the request soon after, ceasing this charging practice between spring and summer.

But Flybe pointed out Aer Lingus and easyJet as “obvious exceptions”.

The airline accused the Irish carrier of continuing to charge passengers £6 per one way sector while EasyJet was given until December by the OFT to make the change, some 10 months after the undertakings were intended to be signed.

This means consumers can go to one of the non-complying airline websites and see a fare that is £6 cheaper than Flybe’s on a competing route without realising that the fare does not yet include a £9 ‘admin fee’ for paying with a debit card, the carrier argued.

Similarly, consumers visiting certain flight comparison sites can also receive a false impression of the lowest possible fares as they will not include such payment charge add-ons.

Flybe has complained to the OFT, arguing that this “unacceptable situation” is not in the interest of fair trading and has also shared the information with consumer watchdog Which?

UK managing director Andrew Strong said: “It’s a total shambles. Some of Europe’s largest airlines, with the most powerful IT departments, are being allowed to continue to blatantly abuse the process.

“Consumers are being duped into thinking that there is some sort of level playing field when comparing ticket prices.

“Media reports that airlines have become ‘transparent’ in their ticket pricing are false. They ignore the fact that several leading airlines are still continuing to charge for debit card payments.”