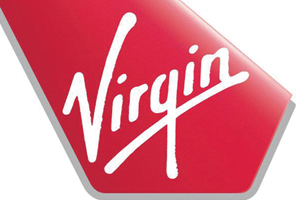 Furious Virgin Atlantic has slammed the aviation regulator after losing out in a bid to replace Bmi on the Heathrow-Moscow route.

The Civil Aviation Authority last night ruled that incumbent British Airways and EasyJet should be allowed to operate flights to the Russian capital.

BA, whose parent International Airlines Group took over Bmi, will continue to operate from Heathrow while EasyJet has secured the right to fly to Moscow from Gatwick.

EasyJet is expected to begin operating flights to Moscow from early 2013 while BA will continue with its current schedule.

The budget carrier plans to operate an Airbus A320 with two services a day between Gatwick and Moscow. The airline expects to fly more than 230,000 passengers on the route to Moscow Domodedovo airport in its first year of operations.

Sir Richard Branson’s carrier condemned the decision as “short-sighted” and a spokeswoman said:  “We are very disappointed with the result of the CAA hearing which we believe flies in the face of what the consumer wants and our economy demands.

“Data shows that passengers travelling between Moscow and London want to use Heathrow airport and not Gatwick, long haul connectivity is far greater via Heathrow and this decision will also reduce capacity between the two capitals.

“We are perplexed by what we consider a very short-sighted decision. We will review the CAA’s report in full before considering all of our options.”

EasyJet chief executive Carolyn McCall said: “We are delighted to have been awarded the rights to fly between Gatwick and Moscow.

“We believe this is the right decision for consumers both in the UK and Russia.”

The CAA insisted that passengers travelling to Moscow from London will benefit from “additional choice” following its decision.

The authority’s regulatory policy director Iain Osborne, who chaired a panel hearing into the route rights, said: “On balance, allocating scarce capacity to BA and EasyJet is likely to deliver the greatest benefit to consumers.

“EasyJet’s proposal will introduce an innovative product into the market and has the potential to deliver the greatest dynamic fare benefits for consumers.

“We concluded that EasyJet’s proposal would introduce a distinctly different product into the market and would stimulate innovation on the route as a whole, as well as satisfying and stimulating consumer demand that is currently underserved, in particular: people who prefer or are content to use Gatwick.”