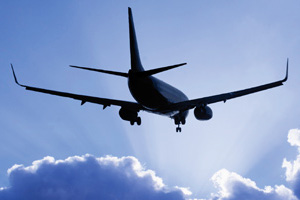 As many as one million long-haul business and first class passengers on flights leaving the UK every year could be in jeopardy if the government does not maintain a single hub airport.

About one million long-haul business and first class passengers travel through Heathrow every year, which is nearly 85% of all premium traffic that leaves the UK.

The airport relies on transfer passengers from other international destinations to support the number of flights that leave Britain to vital business centres in China and the US.

The report will say that if the hub is split, for example between Heathrow and Gatwick, that essential transfer traffic will be lost.

The number of destinations served will therefore be cut, at a cost to British businesses.

At this stage Heathrow will not say where the single hub airport should be sited, believing that it has to first win the argument that such a hub is necessary, the Sunday Telegraph reported.

Other airports such as Birmingham and Stansted claim that they could take more of the forecast passenger traffic increase, taking pressure off Heathrow and meaning there would be no need for more runways at the congested airport west of London.

But the Heathrow report will argue that such a plan would never work at “point-to-point” airports which rely on leisure traffic because they do not receive enough transfer passengers.

“Direct and transfer passengers have to work together,” said one source.