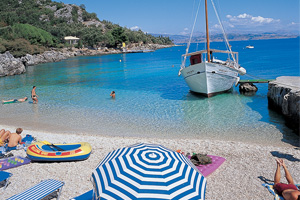 Mark Warner has announced it is chartering a second British Airways plane to Greece next year, meaning the airline now represents 85% of the tour operator’s programme for summer 2013.

The tour operator said that the latest addition means there will be 26,000 British Airways seats on whole-plane charters across its summer 2013 programme, with the airline operating 92% of Mark Warner’s London flights.

Jo Powell, head of commercial planning at Mark Warner, said: “We’re absolutely delighted that we have been able to build further on our existing relationship with British Airways.

“We now have a total of nine whole aircraft with them for summer 2013 and, by adding Kos and Lemnos in, you can fly to all Mark Warner beach resorts from London on BA.

“We also added in three BA aircraft this winter to Grenoble and Friedrichshafen for our ski programme. The BA product and level of service ensure our customers can relax and enjoy their holiday from the moment they step on the aircraft.”