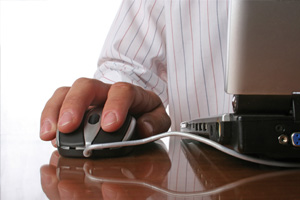 Most consumers read online travel reviews, but not so many write them. Ian Taylor reports on exclusive research

Nine out of 10 holidaymakers look at online consumer reviews before booking their holidays and two out of three do so often or always.

But exclusive research for Travel Weekly suggests three out of four seldom contribute reviews, meaning a minority have a disproportionate influence.

The study suggests one in five holidaymakers responds to a bad review by looking elsewhere for a hotel or holiday.

Explore Research carried out the survey among 500 UK adults who had recently booked an overseas holiday.

It found 33% always study online consumer reviews before booking, 30% often do and 29% sometimes do. Just 8% said they never do.

These figures were largely reversed when respondents were asked whether they contributed online reviews of hotels, resorts or travel experiences.

The results are in line with a similar survey six months ago, also by Explore for Travel Weekly, suggesting they fairly accurately reflect the fact that a minority of consumers contribute most reviews.

Yet a significant number of people appear immediately put off booking a hotel or resort by a negative review.

Explore found 14% said they would seek another holiday option in the face of a bad review and 5% would search elsewhere for a holiday – meaning almost one in five react to a single bad review by looking elsewhere to book.

A majority (69%) said they look at other reviews before forming an opinion and 5% said they seek other sources of reviews, suggesting three out of four seek another opinion in the face of a bad review. Only 3% said they ignored such a review.

A small minority admit to posting mostly negative reviews (7%), with a clear majority (65%) who contribute online reviews – whether occasional or often – claiming their contributions are neither positive nor negative.

Almost one in three (30%) said their reviews are most often positive.

Women appear more likely than men to check other reviews before reaching a conclusion: 77% of women respondents said they would do so, compared with 70% of men.

Male respondents appear more affected by a poor review, 22% saying they would immediately seek another holiday option compared with 16% of female respondents.

Young people seem slightly more likely to form an opinion based on a review – 20% doing so on the basis of a single bad review – and less likely than older adults to check other reviews.

● Explore Research surveyed 500 UK adults in December from its database of 180,000. All had taken an overseas break in the previous two years. Exploreresearch.co.uk