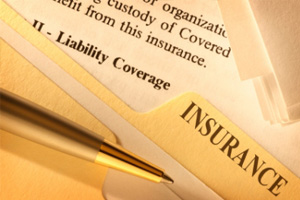 Agents may need tour operator liability insurance if a trend towards holidaymakers bringing personal injury claims against firms acting as agents is fuelled by changes to the Package Travel Regulations (PTRs).

He said: “What’s important is not what people say they do, but what the customer thinks they’re buying.”

Companies could be caught in two ways, he said: “If they self-brand and are unclear about working as an agent, or if they impose their own charges. The latter says you’re a principal on the grounds of setting the price. It’s different from operating within an agreed level of commission.

“You can’t just whack in your terms and conditions that you’re an agent.”

Two recent cases have highlighted agents’ potential liability. In December 2010 the judge in a preliminary hearing of Titshall v Qwerty Travel ruled the firm had sold a package despite arguing it had not.

More recently, the ruling in favour of Revenue & Customs’ VAT claim against Secret Hotels (Med Hotels) hinged on the court finding the company operated as a principal despite identifying itself as an agent.

Padfield said: “Claimants’ solicitors know what to look for.”

He warned the likely extension of the PTRs would mean “those genuinely trading as agents will take on greater liability”.