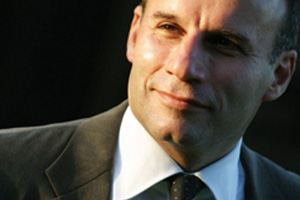 Trade association Abta is more relevant today than it has ever been, the association’s chief executive has claimed in response to questions about its reputation.

He said that Abta drew much of its public awareness and positive standing among consumer directly from its regulatory role and that the two roles did not conflict.

“Abta is as relevant as it ever has been and probably more so. These are changing times and it’s a difficult business putting travel together.

“Abta is there to help member build successful businesses and steer them through the difficult times.”

Tanzer said as long as the travel sector took customer money in advance and held on to it there was a need to protect that money and Abta was the UK’s largest approved body involved in doing that.

He said it directly protected £3 billion of sales of non-licensable product and also protected principal’s pipeline money – “a kind of protection”, Tanzer added.

“There are some very real roles we play there,” said Tanzer.

“Abta started with that key regulatory role and that’s given us a consumer franchise because consumers know that they feel confident in dealing with Abta members.”

The association has come in for criticism for allegedly over-stating the protection it now offers to the public after watering down its gold-plated consumer promise in 2007, but Tanzer was defiant.

“I do not think we are misleading the public,” he said.

“Our message to the consumer has always been the products you buy from members may or may not be protected, talk to Abta members about the protection you are offered.

“It was never the case that everything you bought from an Abta member was protected. Our research shows there is huge confusion about the whole area of financial protection.

“The new business models that have emerged have made it a new frontier. Travel has always existed in ‘frontier land’ and the challenge for us is how existing rules allow us to manage that.”

Tanzer dismissed a call from former Abta president Steven Freudmann for the association to spend its reserves to support the smaller retail agent members that helped it accumulate them.

He said in the past the association had got itself into serious financial straits and it would not be prudent to spend that money when it still carried a £1 billion risk of bonding.

“That’s why we keep the reserves,” he said.

“There must be a more effective method of using those bonds. Abta is asking whether it should be mandatory to cover non-licensable product.

“Members can already cover that. Why make it mandatory particularly when bonds are so difficult to come by?

“We need to look at how those retail bonds are utilised. A lot of them are being lodged with Abta and basically not covering very much.”

And he echoed the view of Thomas Cook head of government and external affairs Andy Cooper when he said: “You cannot be a consumer champion, a regulator and effective trade association.

“It’s conflicted in so many areas, but I think it can tidy that up”.

Amid the criticism Abta did win praise from industry regulator, the CAA, and its paymaster in government, the Department for Transport.

Andy Cohen, the CAA’s head of Atol, said the lobbying on Flight-Plus Atol reform was “impressive”. “Sometimes the CAA does not put out its changes in the simplest fashion. Abta is there to put that out to the industry in a simple way,” said Cohen.

Kate Jennings, the DfT head of aviation policy implementation, said Abta’s role in consulting with the industry was vital.

“In government we try very hard to reach out to all stakeholders affected by changes. When we consult we send those consultations out very widely.

“Abta has been very helpful to us with things like Flight-Plus where we do not have the resources to meet all the people who have been affected by change.”