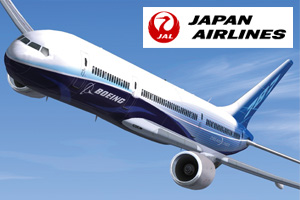 More battery-related problems on a Boeing Dreamliner forced Japan Airlines to use an alternative aircraft yesterday, just a day after it resumed full service of the 787.

JAL found a fault in an air pressure sensor that detects overheating in the aircraft’s modified battery container, according to Japanese media reports.

The problem was put down to Boeing’s faulty maintenance as two small holes on the container – necessary for air ventilation to prevent overheating – were mistakenly sealed when it repaired the battery system, said broadcaster Kyodo, citing JAL.

Although the issue was not believed to pose a safety risk, the Dreamliner was replaced with a Boeing 767 for a scheduled flight between Tokyo and Beijing, the Daily Telegraph reported.

The global fleet has gradually entered back into service since US regulators approved a new battery design involving the introduction of a new containment and venting system.

JAL and All Nippon Airways put their full fleet of Dreamliners back into regular service a day after Thomson Airways become the first UK carrier to take delivery of its first 787 on Friday.