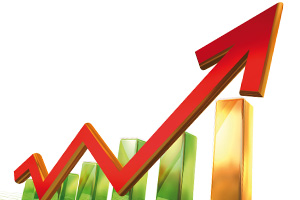 Tourism is poised to lead a UK economic recovery, according to a senior economist.

The industry has almost twice the export potential of IT and communications and four times the importance of music, media and fashion combined.

PricewaterhouseCoopers senior economic advisor Andrew Sentance told the British Hospitality and Tourism summit in London on Tuesday that tourism is on a par with financial services when it comes to driving growth. However, he said: “The government does not get it.”

Sentance is a former member of the Bank of England monetary policy committee, which plays a key role in assessing the UK economy and sets the Bank’s interest rate.

Listing Britain’s top export-oriented services, he estimated tourism, culture and heritage at 9% of GDP – the same as financial services and second only to business and professional services on 13%. IT, communications and software accounted for 5% and media, fashion and music for 2.5%.

Tourism had taken on new importance, he said, because the economy would not return to its previous growth pattern.

“We’ve been through a serious recession and we’re in a different situation. We’ve come to the end of a long period of expansion and the conditions that dominated it are not likely to return. We’re in an era of relatively slow growth.”

But tourism would be an exception, he said: “You’re not exempt from the ‘new normal’, but tourism and hospitality has a key role to play in driving growth.”

Sentance added: “The UK is forecast to do relatively well this year compared with other European economies.” He also suggested the pound could rise in value, arguing: “We’ve seen the pound fall significantly against the dollar and we could see some appreciation.”

Secretary of state for culture Maria Miller stressed tourism’s value to the economy when she addressed the summit. However, the chairman of the all-party Parliamentary group on tourism, Lord Lee, said: “The government has not got the message.

“There is no tourism in the title of the Department for Culture Media and Sport, and we’ll get no change unless we get the message to the top  – to the prime minister and Chancellor.”