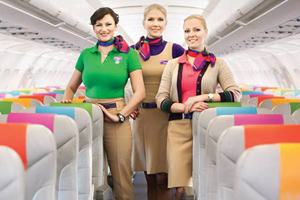 Small Planet chief executive Vytautas Kaikaris said: “Meridian Aviation was our client. But we have made arrangements to go direct with UK tour operators.”

Kaikaris confirmed Wyatt’s involvement, telling Travel Weekly: “Phil Wyatt was brokering seats for us.” But Kaikaris insisted: “He is definitely not any more. There is and there will be no involvement of any sort by Phil Wyatt.”

However, Sigurdarson was confirmed as chief financial officer of Small Planet Airlines in May – meaning for a period he had responsibility for both the airline and the broker, which went bust with pipeline monies owing.

Small Planet Airlines was the subject of a management buyout at the end of March, which saw ownership of the carrier in Lithuania and Poland pass to Kaikaris and fellow director Andrius Staniulis.

Kaikaris said: “We hired Halldor a few months ago. I’ve known him for a number of years. We have a clear agreement that he would work solely for Small Planet and cut all arrangements with Meridian and with its chief executive Phil Wyatt.”