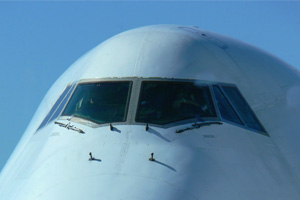 New EU limits for airline pilot duty periods at night are being questioned by MPs.

The Commons transport committee supported some of the European Commission’s draft rules on pilots’ flying hours.

But it remains “concerned” that the EU is not setting lower limits for night flights.

It also concluded that:

“It is vital that high aviation safety standards are maintained. That is why the new flight time regulation must be closely scrutinised and the Committee’s concerns taken forward.

“Overall, the Commission’s draft regulation represents an improvement on the European Aviation Safety Agency proposal to increase the number of hours pilots can fly, which we criticised in our report a year ago, but we remain concerned about several areas.

“We are particularly worried about the apparent reluctance of the Commission when developing these regulations to set a lower limit for the flight duty period at night in accordance with the scientific evidence on this matter. It is disappointing that the UK government has not pressed for a lower limit.

“It is also disappointing that a consensus has not been reached on the draft regulations with crew and pilot representatives.”

The government should press the Commission to ensure an effective monitoring regime is put in place to examine whether an 11-hour limit is at least as safe as the current regime, she added.