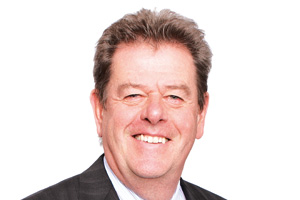 The travel group and its boss have had a long association with the charity that helps disadvantaged families enjoy a break, predominantly at the British seaside.

Long’s first engagement will be making a keynote address at a president’s reception to be held at the charity’s Holidays Matter conference at the Royal Society in London on October 24.

He said: “I feel very strongly about the importance of family. There is a wealth of evidence proving that even just a short break benefits everyone involved.

“For me this is a key reason why the work that the Family Holiday Association does both in terms of providing breaks for some of the UK’s neediest families and raising the awareness of the benefits of social tourism is so valuable.

“I am delighted to take on the presidency of the charity and to be able to contribute directly to a cause that makes a real difference to peoples’ lives.”

Alison Rice, newly-appointed chair of trustees at the charity said, “The staff and trustees at the Family Holiday Association are delighted that Peter has taken this important role. As president, he will be the most senior member of the team and the charity’s most important public face.

“Peter’s support has always been critical to the charity and we value his greater involvement and leadership, especially with our work raising awareness of the importance of holidays for disadvantaged children and their families.

“The work of the Family Holiday Association has never been more necessary and, with Peter’s support, I believe we will be able to significantly raise the charity’s profile and by extension allow an increasing number of disadvantaged children and families enjoy the benefits of a simple break.”