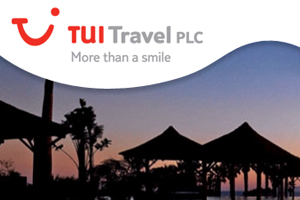 It may seem sustainability in travel is yesterday’s news. In fact it is anything but. The latest report from the United Nations’ Intergovernmental Panel on Climate Change, the leading authority on the subject, warned the world has 30 years before temperatures rise to risky levels if we continue to burn oil, coal and gas at current rates.

Travel can’t make the difference, but it can make an effort. And it’s right that Tui, as Europe’s leading travel group, should take a lead.

The group launched a three-year Sustainable Holidays Plan last year with 20 commitments. Its progress report in August noted a 6% cut in airline emissions (two years earlier than planned), two million customers staying at sustainability-certified hotels and £16 million in direct savings to the company.

There will be no let-up in efforts to fulfil the plan. But now sustainable development director Jane Ashton wants agents to become more involved, more customers to know what’s happening and more effort from the wider industry.

She said: “In the last six months we’ve had a real push to raise understanding and engagement [in the shops], working to appoint a shop manager as a sustainable tourism champion in every one of our 28 regions.”

The 28 ‘champions’ went to Turkey for a week in July to gain first-hand experience of sustainable tourism, travelling around Travelife-certified hotels to see how they save energy and water, and visiting Travel Foundation projects “so they understand where World Care Fund donations go”.

Ashton said: “The group went to local markets and villages, a turtle sanctuary, a honey-making factory and a local fishermen’s project (see box opposite).

“We held a conference when they came back and now they will train other shop managers.

Travelife is the Abta-operated certification system for travel businesses, and the Travel Foundation is the industry-funded charity that pioneers sustainable practice. The World Care Fund, set up by First Choice in 2007, channels customer donations to projects in partnership with The Travel Foundation.

A key aim is to raise awareness of Travelife, and not just among Thomson agents. “This summer, 40% of UK customers stayed at Travelife hotels,” said Ashton. “We have a critical mass – it will be 50% next year. We’re looking to have 1,200-plus mainstream hotels certified. But it takes time and we wanted enough of our hotels Travelife-certified before we talked more about it.

“We were nervous about accusations of greenwash before we had robust performance figures. We didn’t want to overpromise. There is a lot still to do, but we’ve made measurable progress. There is a level of consistent performance. It gives us licence to turn up the volume.”

Some of the work will take time to show results. Ashton is particularly pleased with an initiative among seven to 11-year-olds, undertaken with the National Schools Partnership. This has seen 680,000 schoolchildren awarded certificates as ‘eco-travellers’.

Teachers can download presentations, games, postcards, stickers on issues such as waste, carbon, souvenirs, language in destinations and so on. “It’s too early to tell the impact,” said Ashton. But by next year the scheme will have reached one million ‘eco-traveller’ children.

Some of the figures don’t tell the whole story. For example, that £16 million in savings in the last financial year “is just what we can track”, said Ashton. “Other metrics are less tangible, and it does not include savings in hotels.” But either way, she added: “It’s not small compared with our final results.”

There are challenges. One is  the cruise sector. “We’re working with Travelife to see whether it can be extended to cruise ships,” said Ashton. Another is airline cabin waste. “Recycling waste  is a real challenge, particularly with some airports.”

At the same time, the Travelife criteria – developed in 2005 – have recently become more stringent. Ashton said: “The majority of hotels don’t pass the Travelife audit the first time around.”

Yet the biggest challenge is to involve more of the industry – in particular, the online retailers. Ashton said:

“Collaboration is key in this industry. There is too much to do overseas for one company to have a massive impact. The whole industry needs to work together.

“About two-thirds of Travelife-awarded hotels are ours. But we want as many operators as possible to use Travelife hotels. It’s no secret when a hotel has a Travelife award. Online travel agents should be identifying them. I’m surprised they’re not.

“It would be great to raise the level of awareness of Travelife among agents and understanding of the correlation between Travelife and customer satisfaction. There is a clear link.

“It takes time to get a lot of hotels to see the value, but Travelife is flying now. It would  be great to have more of the  trade behind it. As an industry  we are not getting the message over strongly enough.”