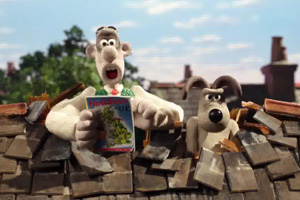 VisitEngland has declared its domestic tourism campaign featuring Wallace and Grommit a success having targeted working through the trade.

James Berresford, chief executive of the tourism body, said feedback from the industry has suggested accommodation providers were 55% up, while 66% of attraction operators were up.

He said sales of ice cream in the country’s Royal Parks were up by £21 million while overall the value of domestic tourism was up 18%, taking it to £19 billion.

Berresford said the £2 million campaign fronted by Wallace and Gromit was a “tremendous success”.

“What we did was drive interest and trade back through the travel agents. We worked very hard with our travel agent partners over the summer.

“We have to find ways to promote to people to take short breaks in the UK. That’s exactly what we want our travel agent partners to do, is upsell domestic product.”

The marketing campaign recorded 80% recognition and increased consumers’ desire to use agents and belief that they offer good value for money, Berresford said.

Although the good summer weather was partly to blame for the uptick in sales, Berresford said he believed that this wasn’t the only reason.

He said Liverpool and Manchester are both reporting their best August ever for visitor numbers.

“You will see continued campaign activity in the next 18 months and we will continue to work closely with the trade,” he added.

Jane Atkins, Superbreak sales director, said that agents saw the Wallace and Gromit campaign as something they could have fun with.

“All travel partners were 100% behind that campaign,” she said. “That’s the first time in a while that everyone pulled together.”

Shearings commercial director Caroline Brown added: “Wallace and Gromit was an inspired choice. For us it’s really important we support the local economy.”

Brown said the coach tour specialist was up 15% during the summer and will end the year up 4%.