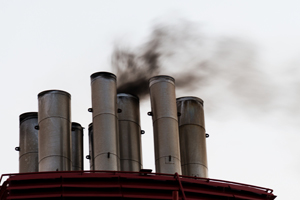 Tighter international rules on sulphur emissions from ships next year will increase the price of diesel, cost 2,000 jobs and close some ferry routes, MPs representing port constituencies will warn next week.

A cross-party group is to lobby the government to amend the rules to give industry time to adapt, the Financial Times reported.

The sulphur content of fuel must fall to 0.1% in January 2015 in the North Sea and English Channel to cut pollution.

A report by Amec, the consultants, says most operators will switch from heavy fuel to lighter marine diesel, which is about 50% more costly, to meet the target.

Higher demand for marine diesel, which comes from the same refineries as car diesel, could raise the UK pump price by 2.8p a litre, costing drivers and hauliers £700 million a year.

Fuel costs for operators on UK sea routes could rise by more than £300 million, with ticket prices going up between 5 and 29%, forcing 1.3-3.6 million tonnes of freight on to roads, Amec says.

One route is already closing as DFDS, the Danish operator, last month announced it would end the service between Harwich and Esbjerg, in Denmark, in September after almost 140 years because of declining demand and the £2 million annual cost of cleaner fuel.

The Port of Tyne says the legislation is hitting its cruise ship bookings for next year. Several Scottish ports, including Invergordon, the UK’s third top port for transit passengers after Guernsey and Dover, are also concerned.

Karl Turner, Labour MP for Hull East, who has secured a Westminster debate on the issue on June 18, told the FT: “The Humber is the UK’s busiest trading route and I am deeply worried that this legislation with see the withdrawal of shipping routes from Hull next year.”

The UK Chamber of Shipping wants prime minister David Cameron to lobby Brussels to buy time to fit scrubbers to clean existing fuel or retrofit ships to use liquid natural gas, both of which cost up to £2 million per vessel.

“But sharp increases in demand for low sulphur fuel will see a massive spike in costs both for shipowners and potentially for ordinary diesel car users.”

Carsten Jenson, senior vice-president of DFDS, said: “There is no doubt that this legislation will lead to higher prices for sea transport. As one of the pioneers of scrubber technology, we have invested around €100 million in scrubbers, which we are planning on installing in 21 of our 50- strong fleet of ships.”

The EU’s sulphur directive is derived from an International Maritime Organisation decision in 2008. The IMO sought a 2020 deadline to cut sulphur to 0.5% but some countries, including the UK, pushed for tighter rules in the most polluted areas.

These Sulphur Emission Control Areas (Seca) cover the North Sea, Channel, Baltic and the coasts of Canada and the US.