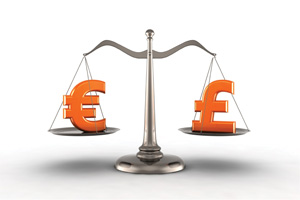 British families can expect to save hundreds of pounds on trips across Europe due to a slide in the value of the euro which has created the cheapest holiday-booking season since the financial crisis, according to a weekend report.

Holidaymakers can expect to save anything between 5% and 15% on the cost of travel and accommodation booked this month and pay almost 20% less than last year on expenses such as eating out.

Experts said British travellers could expect the cheapest holiday prices since before the financial crisis of 2008, the Telegraph reported on Saturday.

It comes as the travel industry gears up for the traditional January surge in bookings.

Despite volatility on the currency markets which saw the pound fall further against the dollar on Friday, sterling is trading more than 7% higher against the euro in comparison with last spring and close to the highest level against the single currency for more than six years.

A euro is now worth just over 78 pence, compared with almost 84 pence in March.

The shift has wiped more than £100 off the cost of renting a large villa in Tuscany this summer in the last fortnight alone and well over £300 in comparison with what the same rental would have cost in March last year.

The estimates come as new figures from the Post Office show that costs such as a meal for two have fallen 18% in Crete in the last year alone and 11% in Croatia.

The volatility was compounded by a slump in the value of the single currency, which tumbled to its lowest level against the dollar in four years on Friday following remarks by Mario Draghi, president of the European Central Bank, about the weakness of the economic recovery.

But the pound has also made significant gains against other European currencies outside the eurozone.

It means that British tourists travelling to Norway to see the Northern Lights will receive 15.6% more kroner for their pounds or almost 14% more on a visit to Sweden, according to the latest over-the-counter prices from the Post Office.

Meanwhile, those taking a city break in Prague will receive 8% more Czech koruna per pound than at this time last year.

The gains in spending power mean that even those who have already booked package holidays at rates set in advance are expected to see significant benefits.

An Abta spokeswoman said: “This favourable exchange rate means those booking and paying in euros and stocking up on currency for imminent trips can make important savings.

“As well as being a very busy early booking period for summer holidays, January is also a key period for consumers to purchase winter holidays such as ski and city breaks on the continent – and British holidaymakers will feel the benefit of their money going further on these breaks when the pound is strong against the euro and other local currencies.”

A four bedroom villa in France, in the Languedoc-Roussillon region, costing €1,395 a week to rent in peak season is now £83 cheaper in sterling prices than it would have been last March.

Meanwhile a villa in Tuscany, capable of accommodating 16 people, and advertised online at €5,700 a week for high season works out £337 cheaper for those paying in sterling than it would have done in March. The same villa was £84 less expensive at current exchange rates than it was just two weeks ago.

A four-bedroom farmhouse in eastern Spain advertised at €2,660 a week for peak season is now £39 cheaper to rent for those effectively paying in sterling than just two weeks ago and £158 lower than the cost would have been last March.

Andrew Brown of Post Office Travel Money, said: “Holidaymakers travelling to Europe can look forward to better value-for-money, although they should still do their homework to ensure they don’t miss out on the best deals.

“There is currently little difference in resort costs between the Algarve, Bulgaria and the Costa del Sol, which are cheapest in Europe, but keep an eye on Crete and Cyprus where falls in the cost of eating out make these islands better value than ever before.”