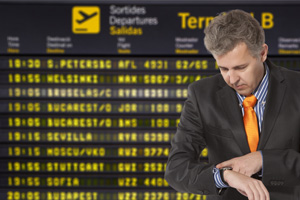 Consumers are still being let down by the big names in the airline industry despite an improved performance on delays last year, claims passenger rights leader EUclaim.

The organisation believes British passengers are owed £214 million in flight delay compensation from 2014.

It says British Airways had 1,095 claimable delays during the year, meaning some 273,750 passengers were affected by delays of more than three hours.

With an average compensation claim of £258.56, this means the airline could face a flight delay compensation bill in the region of £70 million, according to EUclaim’s end-of-year analysis.

Other carriers could also face hefty payouts, with easyJet facing a potential bill of £35 million and Ryanair looking at possible claims for £25 million in compensation.

Virgin Atlantic had the least claimable delays but could still face a bill of more than £7.7 million.

Figures from EUclaim saw a 20% drop in flight delays in 2014 compared to the previous year. However, the number of claimable flights remains almost same.

The analysis shows that this is a result of better weather and fewer strikes.

EUclaim UK manager Adeline Noorderhaven said: “EU Regulation 261/2004 has had a positive effect on the airlines; they don’t want to pay compensation and this has led, in the main, to improved performances.

“Airlines can no longer hide behind extraordinary circumstances and therefore delays are now mainly down to airline scheduling and should be avoidable.”