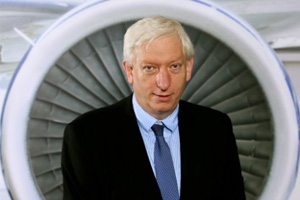 I was peripherally involved in the process that led to the implementation of EU Regulation 261/2004, which changed the compensation limits for denied boarding, as well as introducing a new right for compensation for cancelled flights, and a right to be looked after in the event of a flight delay.

Representing the interests of large tour operators at that time, I was not unhappy with the regulation – tour operators and their charter airlines didn’t cancel flights and rarely if ever intentionally overbooked passengers.

Furthermore, tour operators had long felt it appropriate to look after their customers in the event of a flight delay, and the new proposals did not really go any further than the levels of care we were already offering.

That comfort disappeared in 2009 when the European Court of Justice (ECJ) decided to extend the law and made it obligatory to offer compensation at the same levels to delayed passengers as to those whose flights had been cancelled.

This became a concern because the levels of compensation were set so as to be “effective, proportionate and dissuasive” – i.e. intended to dissuade the airline from acting in the way it had done so.

That is reasonable when the action – cancelling a flight or denying boarding to someone because you have chosen to overbook the flight is within your own control, and thus avoidable – but begins to look like a harsh penalty when the action is generally outside your control.

The courts have since 2009 looked to extend the rights to compensation for delayed passengers, and make it more difficult for airlines to avoid making payment, partly on the basis of wanting to give a consumer benefit, and partly on the grounds of simplicity – if it is too difficult for consumers to make a claim, they will not do so, and thus lose a right.

Whilst this is superficially attractive, in that delayed passengers potentially now get significant compensation, it comes at a cost.

Ultimately, someone has to pay that compensation and since profit margins are wafer thin in the aviation sector it almost certainly comes from increased fares charged to every passenger.

To put some numbers in this, Iata predicts that 2015 will be one of the most successful years ever for the airline industry.

However, it also predicts that European airlines will make on average $4.27 per passenger profit, which at today’s exchange rates is about £2.75.

When you realise that compensation levels per passenger are set at €250 (£185), €400 (£295) or €600 (£445) depending on the length of a flight, you begin to see a slight imbalance between compensation payable and both the profit and the seat cost for flights on European airlines.

As compensation rights have been extended, a mini industry has developed of claims management companies and lawyers specialising in “helping” customers make claims for flight delays.

There is a remarkable level of consistency in the fees charged by the numerous claims businesses offering this support. They typically charge 27% of the value of the claim for their assistance, sometimes with admin fees and other costs on top.

For me, one of the more unsatisfactory decisions from the courts has been that even though the aviation industry never expected to pay compensation for flight delays – and the legislators (both European Parliament and European Council of Ministers) never intended that compensation should be payable as they made clear in submissions to the ECJ – the courts have applied the right to compensation retrospectively.

As a result, as a delayed passenger even if your flight delay was up to six years ago and you were appropriately looked after, you can still seek compensation for that delay.

Much of the work of the claims industry is encouraging customers to bring these older claims, as they recognise this provides a good source of income. Flight delays happen for many reasons, but generally no airline chooses to delay passengers as any delay, irrespective of compensation rights, comes at a cost.

The airline has additional crewing costs, operational costs and other costs arising from the delay. Some delays can be said to be within the control of the airline, but most are not directly within its control.

The aviation industry is heavily regulated and levels of maintenance of aircraft are much higher than, say, cars, buses or trains.

We would all agree this is a good thing, as the last thing any passenger would want is their aircraft going wrong mid-flight. This means aircraft often get delayed as a result of technical and other issues which need to be fixed before an aircraft departs.

The airline doesn’t want to delay the flight, but equally is not going to risk flying an unsafe aircraft. The CAA monitors flight punctuality at the 10 largest airports in the UK. The historical data shows the numbers of delays are quite small.

The number of passengers affected by those three-plus hour delays was slightly over one million in each year.

Some of these passengers will not be able to claim as the delay was obviously outside the airline’s control, for reasons like heavy snowfall at airports, storms, or even volcano eruptions.

A further number would be unable to claim because they were on a flight with a non-EU carrier flying into Europe from outside the EU.

But this still leaves a massive number affected by delays – I calculate 600,000-650,000 passengers each year. If every one of those passengers claimed compensation, the cost to the airline industry would be massive.

Bearing in mind that the claims industry charges a 27% fee to assist in claims, it’s easy to see how much money is simply disappearing from the aviation industry into the pockets of the claims companies.

On the basis that the profit margins of the airline industry are small, ultimately the only way the compensation costs can be recovered is by increasing the fares charged to all passengers.

So the next time you think you have paid a lot for your flight in Europe (and to be fair we still have some of the cheapest fares in the world) bear in mind that part of your fare is going towards the cost of the Bentley or Mercedes sitting on the driveway of the owners of the claims companies who are making their profits from the airline industry.

If compensation is payable at all for flight delays, it needs to be proportionate to the price paid for the journey, not some arbitrary sum set at a level to punish the airline.

Whilst the regulation is being reviewed, I’m not holding my breath that we’re going to see that proportionality introduced.