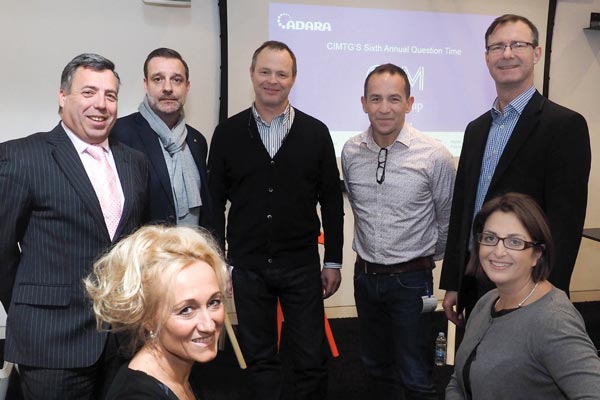 Cut-price deals being promoted by Tui and Thomas Cook for certain summer destinations suggest an early over-reaction to poor sales.

Turkey, in particular, looks to be a challenging destination, as operators with committed capacity face a fallout from the recent suicide bomb in Istanbul.

Richard Bowden-Doyle, Neilson executive chairman, highlighted all-inclusive four-star deals for as low as £320 per person, and even for less than £500 for Tui’s premium Sensatori brand.

He said the big two operators, by lowering their prices, created a challenge as the increased price differential means consumers may be less likely to trade up to brands like Neilson and rival Mark Warner.

“If they drop their prices any further we’re going to start buying it and repackaging it ourselves,” quipped Bowden-Doyle, who said the cost of flights alone for Neilson was £250 per passenger.

“There is a consistent flow of very heavily deal-driven email campaigns,” he said. “Some are using promo codes, some are lead‑in prices, but it’s very clear they are cutting prices already.”

Former Tui customer director Tim Williamson, now content and marketing director at Responsible Travel, said: “You have this mix of really quite powerful consumers and large parts of the eastern Med currently no-go, while parts of the western Med are trying to price themselves out of the market.

“To see how it all works out will be quite fascinating, but being in the middle of it all, it’s quite nasty potentially.”

Bowden-Doyle said it was still too early to forecast how the eastern Mediterranean would fare this year.

But he was optimistic: “I cannot see any fundamental reason why Greece should not come back. It has just not accelerated at the pace you would expect.

“Turkey? The truth is it’s anyone’s guess at the moment.”

With Spain and long-haul said to be doing “phenomenally well” and Greece holding up, Turkey remains the big concern and was said to be 40% down.

Julia Lo Bue-Said, Advantage managing director, said: “I’m pretty sure consumers are going to get more confident with Turkey and it will come back. People will go to Turkey.

“Right now, everything feels quite good for the consumer but we are going to run out of capacity in the areas they want at the price they want to pay.

“It absolutely has to be the right time to book right now.

“The later you leave it this year the more you are going to struggle to get what you want at the price you want.”

Recalling his time working for the big two, Bowden-Doyle said he still had a document from one that was circulated as a ‘set of rules’, essentially poking fun at the other.

“One of the key points was that operators overreact to everything. We are 18 days in to a new year and maybe some people have not got round to booking yet.

“We have a terrible habit of talking ourselves into doom‑monger scenarios.

“Has anyone seen any real evidence that no one is going to Greece or Turkey?

“Our biggest-selling property to date is in Turkey; it just so happens the property we have sold least of is also in Turkey.”