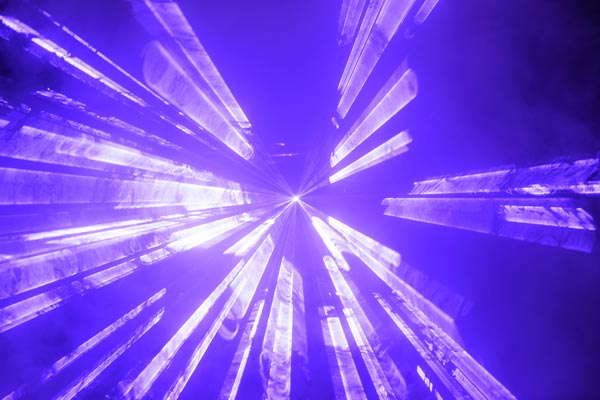 The use of short flashes of light at night could help sleeping travellers adjust to new time zones and avoid jet lag, US scientists claim.

The light beams travel through the eyelids and this tells the brain to reset the body’s inner biological clock, researchers from Stanford believe.

They tested the method in 39 volunteers and found it shifted a person’s body clock by about two hours.

An hour of the flashlight therapy was enough to achieve this effect.

People’s bodies synchronise to the 24-hour pattern of daytime and night they are used to, and when they travel across time zones to a new light-dark schedule they need to realign.

While most people can easily manage a long-haul flight across one or two time zones, crossing several time zones – there are 24 in all – disrupts the body clock.

Dr Jamie Zeitzer and colleagues at Stanford University School of Medicine believe sleeping in front of a strobe light could help combat jetlag.

They asked volunteers to go to bed and wake up at the same times every day for about two weeks.

Next, they were asked to sleep in the lab, where some were exposed to continuous light and others a strobe light (two-millisecond flashes of light, similar to a camera flash, 10 seconds apart) for an hour.

The flashing-light group reported a nearly two-hour delay in the onset of sleepiness the following night.

In comparison, the delay in sleepiness was 36 minutes for the continuous-light group.

Dr Zeitzer calls his therapy “biological hacking”. Cells in the back of the eye that detect the light send messages to a part of the brain that sets the body clock.

The light fools the brain into thinking the day is longer than it really is, which shifts the inner clock.

“This could be a new way of adjusting much more quickly to time changes than other methods in use today,” Dr Zeitzer told the BBC.

Flashing light was particularly powerful because it gave the light-detecting cells at the back of the eye a chance to recover or recalibrate in the darkness between the flashes, he added.