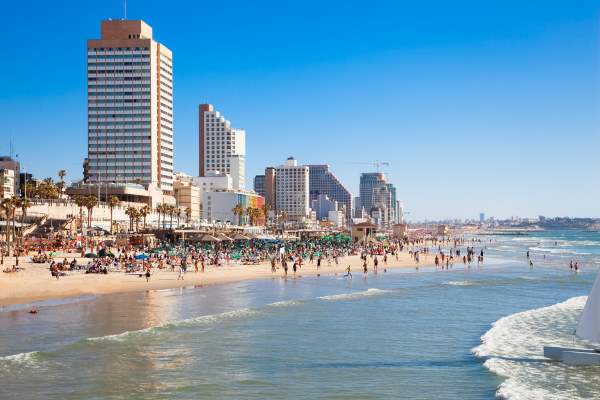 Four people are now known to have been killed and six others wounded after two Palestinian gunmen opened fire in a shopping area in Tel Aviv – venue for the annual conference of the Institute of Travel & Tourism.

Delegates from across the UK travel industry attending the event were away from the city at the time attending a final night function in Jaffa.

The Foreign and Commonwealth Office said in updated travel advice that Britons in the area should follow the instructions of the security authorities.

Police said the gunmen were from Yatta, a Palestinian village near the West Bank town of Hebron.

Both are in custody. One was undergoing surgery in hospital, the BBC reported.

Prime minister Benjamin Netanyahu, who visited the scene of the attack late on Wednesday, called it “a savage crime of murder and terrorism”.

The attacks happened at around 9.30 pm local time as people were relaxing in the market’s restaurants and bars.

“Two terrorists arrived at the complex and while firing, and to our regret, nine people were injured to different degrees,” he said.

“Of the two terrorists, one was arrested and the other wounded by gunfire. The weapons they were carrying have been seized.”

The director of the market, Shlomi Hajaj, told Israel’s Channel 10 TV that security guards at the entrance had “prevented the attackers from entering the facility, averting a bigger disaster as the compound was packed with people”.

Netanyahu said: “I think a larger tragedy was avoided by the resolute action of citizens, of security people, police.

“We’re going to take the necessary steps to attack the attackers and defend those who need to be defended.”