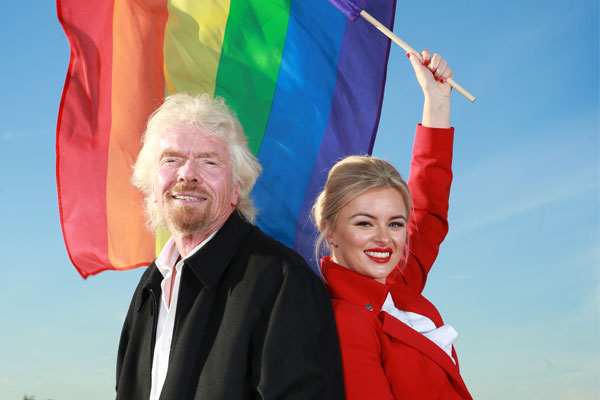 The travel industry is failing to inform many LGBT customers about local customs prior to travel, according to research published today by Virgin Holidays.

The operator commissioned the report into the issues faced by LGBT travellers worldwide, based on interviews by One Poll with 1,000 UK residents who identify as LGBT.

The report found that 80% of respondents felt that the industry as a whole did not do enough to educate LGBT travellers before departure.

It also revealed that 37% of respondents had experienced some form of discrimination while on holiday, with 6% experiencing a threat of physical violence due to their sexuality.

The report highlighted that sexuality had a major influence on where LGBT Brits travel, with 63%refusing to travel somewhere that had an unwelcoming attitude towards the LGBT community.

It also found that a quarter (23%) of LGBT travellers change the way they act and try to camouflage their sexuality when on holiday.

Following the publication of the report, Virgin Holidays has developed a three-year plan to address issues faced by the LGBT community when travelling.

The plan includes an LGBT equalities conference to encourage partners in conservative regions such as the Caribbean to adopt more LGBT-friendly policies, and elements designed to “empower staff, inform customers and influence partners”.

Virgin Group chairman Sir Richard Branson said: “At Virgin Holidays, we believe everyone, regardless of their sexual orientation or gender identity, has the right to be whoever they are, wherever they are.

“That’s why it is shocking that in today’s society some of us can’t even enjoy a simple holiday without fear of discrimination. It is fantastic that Virgin Holidays is raising awareness around this important issue.”

Mark Anderson, managing director of Virgin Holidays, added: “We want everyone to feel comfortable when travelling abroad and encourage everyone, regardless of their sexuality, to take on the world.

“We will continue to address this complex issue, and will be a proactive force for change in the LGBT community.”

Ruth Hunt, chief executive of Stonewall, said: “It’s difficult for travel companies to negotiate the ever-changing landscape around global LGBT equality. Travel companies should be doing everything they can to keep their staff and customers safe when travelling anywhere in the world.

“We would love to see others join forces with Virgin Holidays and work towards a world where lesbian, gay, bi and trans people feel able to travel freely without fear of discrimination, and are accepted without exception.”

As part of the research project, Virgin Holidays produced this video of LGBT staff discussing the issues and discrimination they’ve faced whilst travelling abroad.