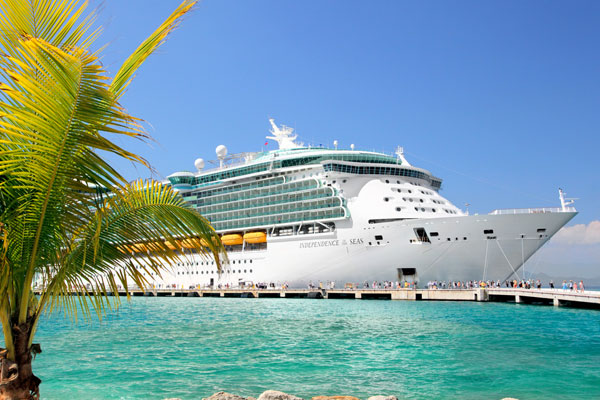 The new Icon class of vessel for Royal Caribbean International will usher in a new era of shipbuilding that will dramatically reduce greenhouse gas emissions, according to the company.

Royal Caribbean will also start testing fuel cell technology on an existing Oasis-class ship next year and will run larger fuel cell projects on new Quantum-class vessels being built in the next few years.

P&3O Cruises is among Carnival Corporation brands to be allocated a ship powered by LNG in 2020, the world’s largest cruise conglomerate announced last month.

Icon is the first new ship class announced by Royal Caribbean since Celebrity Cruises’ new Edge class, which is due to enter service in 2018.

The company is also expanding its fleet with new Oasis- and Quantum-class ships for Royal Caribbean International.

Chairman and CEO Richard Fain said the new ships are in line with The cruse group’s strategy of moderate capacity growth.

He said: “With Icon class, we move further in the journey to take the smoke out of our smokestacks.

“We are dedicated to innovation, continuous improvement, and environmental responsibility, and Icon gives us the opportunity to deliver against all three of these pillars.

“Increasing the commitment to LNG makes it easier for suppliers to make their own infrastructure commitments.

“As more ships are built for LNG, the number of ports that support it will grow.”

The Icon ships are expected to run primarily on LNG but will also be able to run on distillate fuel, to accommodate occasional itineraries that call on ports without LNG infrastructure.

Royal Caribbean International  president and CEO Michael Bayley added: “Our guests expect us to push every envelope we can. And on this new class of ship, we began by challenging ourselves to find a new approach to power and propulsion that is safe, reliable, and more energy-efficient than ever before.”

He added that new guest experience elements of the Icon class design will be revealed later in the development process.

Harri Kulovaara, the company’s chief of ship design, said: “As the technology becomes smaller and more efficient, fuel cells become more viable in a significant way to power the ship’s hotel functions. We will begin testing those possibilities as soon as we can, and look to maximise their use when Icon class debuts.”

Final contracts for the Icon-class ships are expected to be completed with the Meyer Turku shipyard in Finland by the end of the year.

Capacity increases for 2016 through 2020 remain unchanged and do not include potential ship sales or additions that the company may decide to make in the future.