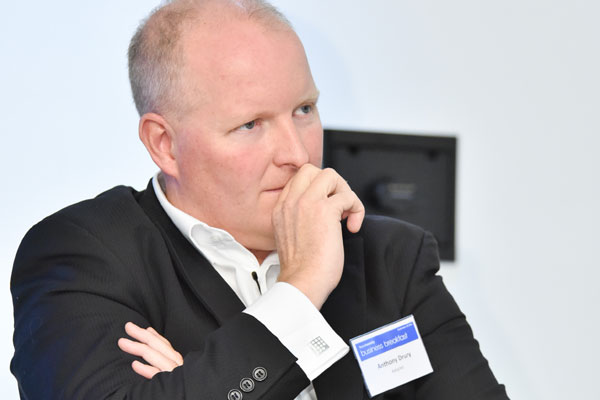 See our gallery of the Business Breakfast

EasyJet has started restricting sales through third-party channels that fail to pass on vital passenger information the airline needs in a crisis, the latest Travel Weekly Business Breakfast was told.

Anthony Drury, the carrier’s director and head of business, said the aftermath of the closure of Sharm el-Sheikh airport after the downing of a Russian aircraft last year prompted it to act.

He said communicating with the 90% of customers who booked direct was not an issue but there were varying responses and data available for customers booked via business and leisure agents.

“That was a brilliant learning curve,” Drury said. “We now make sure that the channel partners are using the right tools and passing on the right information to us.

“We have changed our app to make sure that passenger details are captured in the booking flow as they check in for their boarding pass.”

Drury said that at the time of the Russian aircraft tragedy, easyJet had aircraft on the ground in Cyprus but not full details of all the passengers on board.

“We hired a Learjet and had people walking around hotels with orange T-shirts on. We were talking to travel agents but had a mixed response in terms of who had 24/7 response.”

EasyJet and Ryanair have fought a long-standing and rarely successful battle with “screen‑scrapers”, online agents who sell their flights outside of any commercial agreement.

Drury said this causes huge problems in crises because agencies will often input spoof email addresses for their clients, but he said easyJet was determined to combat this.

“Two years ago we started a project internally to really address screen-scraping.

“We have a third-party company in place to combat the robots and push people into a more commercial relationship so they start to book through the right channels.

“We have just launched a distribution charter to start to control some of these channels, focusing particularly around the consumer care aspect.

“We are at the stage now where we can start to restrict bookings through third-party channels if they do not start passing on the right data.”

Drury said for corporate travel agents there is now a duty of care requirement to ensure travellers are booking through the right channels, as well as where they can go and who with.

“The travel management company has a role to manage that in the middle and educate that corporate traveller,” he said.

The Business Breakfast panel of expert speakers said travel firms should have people and processes in place so they are prepared for crises, but having a detailed plan for every possible eventuality was pointless.

Robert Jensen, chief executive of Kenyon International Emergency Services, who is often called in to help after the most serious incidents when there has been multiple loss of life, said: “The Chinese word for crisis means dangerous opportunity. It’s an opportunity to show you can manage your business, or that you are not prepared to run your business and you fail and it fails.

“You are either going to make it through or you are not,” he said. “There’s no gradiated scale. It’s like bomb disposal, you either do it or you don’t.”

The debate covered all aspects of how to deal with a crisis, including public relations, family liaison, business continuity and leadership.

See our gallery of the Business Breakfast