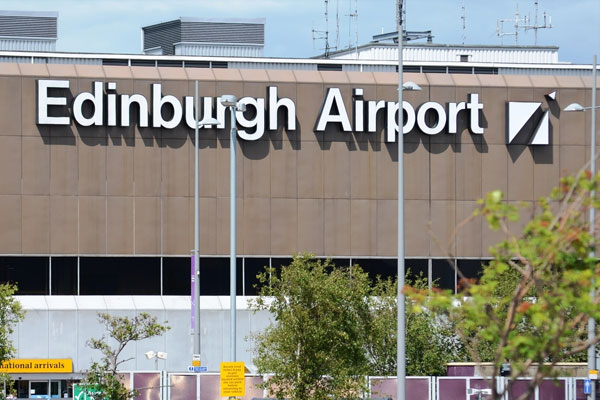 A plan for expanding Edinburgh airport over the next 25 years has been unveiled.

A six-week public consultation into the airport’s ‘masterplan’ for development has been started.

It provides details about how the airport intends to match the growing demand for air travel to and from the Scottish capital.

The proposals focus on the growth of ground operations rather than planned air space changes which are due to for separate consultation early next year.

The draft masterplan includes an enlarged terminal and parking area for aircraft and the closure of an existing second contingency runway, which is described as not suitable for frequent use.

However, the airport wants to continue “safeguarding” land for a new second runway.

“Our plan indicates that we will not need this for regular use until around 2050,” the airport said.

Airport chief executive Gordon Dewar said: “Our passenger numbers have grown more in the past three years than they did in the 10 years previous.

“We’ve grown by one million passengers each year since 2012. We’ve grown our route network, serving more destinations and working with more airlines than ever.

“We believe that this growth is good for Scotland. An independent study that was carried out earlier this year gives evidence to that – the activity at the airport generates almost £1 billion per year for the Scottish economy while supporting over 23, 000 jobs.

“We also believe that growth will continue at Edinburgh airport.

“Fundamentally we’re an importer of people. So we concentrate not on the five million Scots that we serve but on the seven billion people across the globe that wish to enjoy what our great country has to offer.

“Scotland is a great product. Our growth is driven by that product. Edinburgh is Scotland’s attack brand; it leads the rest of the country and will continue to do so, whether in terms of tourism or business. Scotland itself has a great global draw.

“Edinburgh airport is an enabler – a conduit for prosperity for all. But we also firmly believe that our growth is something that must be linked to, supported by and supportive of Edinburgh’s future development.

“That’s why this masterplan document is so important. It sets out how we think we’ll grow in the decades to come and we’re asking some questions around that.”