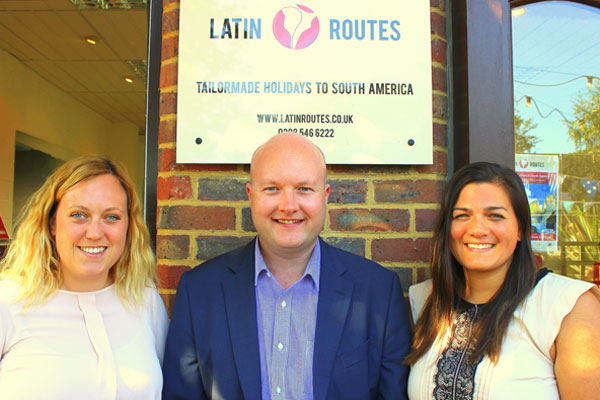 Tailor-made specialist Latin Routes has launched a sister operator focusing on expedition cruises to the Arctic and Antarctic.

Latin Routes was established five years ago by directors Martin Johnson and Jessica Bain and now sells through about 150 agents.

Johnson said: “The idea for Polar Routes came about as we were already selling trips to the Antarctic and I used to sell polar cruises quite a few years ago.

“We felt like we were missing an opportunity and limiting ourselves to half the market. A number of our team had been to the Arctic so it made sense to use their experience and knowledge.

“Even though we’re launching a new company we’re still a relatively small team. We want to keep it that way to ensure we remain focused and specialist.”

Johnson said the operator planned to increase its sales team by up to two members.

He added: “In the last few months we have made some really big investments in our software and phone systems.

“We also took on a new tour operating system in July that means as well as our tailor-made itineraries, our staff act as a single point of contact throughout our customers’ trips.

“Obviously we can’t create the cruises specifically, but there are plenty to choose from.”