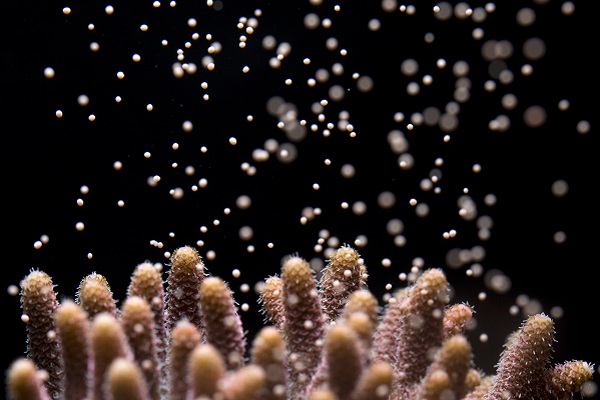 SeaWorld says Project Coral is the first programme in the world to predictably induce broadcast coral spawning in a closed aquarium system, as well as carrying out the first successful in-vitro fertilisation of captive corals in the UK.

This breakthrough – of creating protocols to control captive coral spawning – means that natural breeding patterns could in future be overridden and accelerated.

SeaWorld hopes the project will support further coral research across the world by opening up opportunities to examine the effects of climate change, aid restoration of the reefs and support sustainable livelihoods.

The project has been funded by SeaWorld Parks & Entertainment’s Fun 2 Fund initiative, in which $2 from every sale of SeaWorld Parks Extras, or in-park add ons such as behind the scenes and VIP tours, animal up close encounters and dining packages, is donated to UK conservation charities.

Marine biologist and the Horniman Museum and Gardens’ aquarium curator, Jamie Craggs, heads up the project. “Coral reefs are more important to us than most people realise”, he said. “They are relied on by an estimated 500 million people globally for food, income from tourism and protection from hurricanes, as well as being home to 25% of all marine life, but reefs are under threat. Project Coral’s breakthroughs will provide hope for the future of coral reefs in the wild but we couldn’t do this without funding.”

Dave Ody, director of sales and marketing in the UK & Ireland at SeaWorld Parks & Entertainment, added: “The response to our SeaWorld Parks Extras programme has been phenomenal. We couldn’t have done it without the support of our trade partners who have really got behind the Fun 2 Fund donation programme. An easy way to support conservation is with a visit to our parks. Those guests upgrading their in-park experience are helping support fantastic conservation and education projects led by organisations here in the UK.”

The SeaWorld and Busch Gardens Conservation Fund, set up in 2003, has now raised more than $14 million