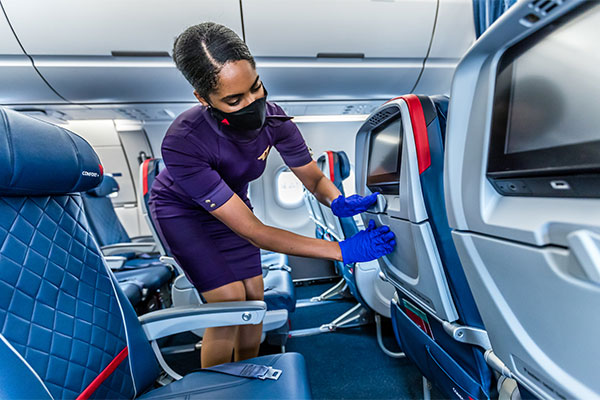 Delta Air Lines recorded a pre-tax loss of $1.5 billion for the three months to March but reported a return to cash generation last month.

The losses at Delta would have been higher but for $1.2 billion in the quarter from the US government’s extended payroll support programme. The carrier reported its ‘adjusted’ pre-tax loss as $2.9 billion.

However, Delta chief executive Ed Bastian forecast “a path to return to profitability in the September quarter as the demand recovery progresses”.

He reported “positive daily cash generation in March”, declaring it “a remarkable accomplishment considering our middle seat block and the low level of demand for business and international travel”.

Bastian said: “Travellers are gaining confidence [and] Delta is accelerating into the recovery.”

The latest quarterly figures came after Delta reported a loss of almost $16 billion for 2020.

The carrier continued to burn cash at an average daily rate of $11 million in the March quarter, but reported this “turned positive during March” with cash generation of $4 million per day.

The company had $16.6 billion available in liquidity at the end of March.

Hauenstein reported domestic leisure bookings had recovered to 85% of 2019 levels and said: “We expect significant improvement in revenue as leisure demand accelerates into the peak summer period and we add capacity with the removal of our seat block [from] May 1.”

Corporate demand remained 80% down on the quarter to March 2019, but the airline reported: “The corporate recovery showed signs of improvement with March volumes improving relative to February at a rate twice the normal seasonal growth.”

The airline is scheduled to operate 68% of capacity through the quarter to June, with revenues forecast to recover to 45%-50% of the 2019 level.

Delta expects to receive an additional $2.7 billion from the US Treasury through the patrol support programme in the June quarter.