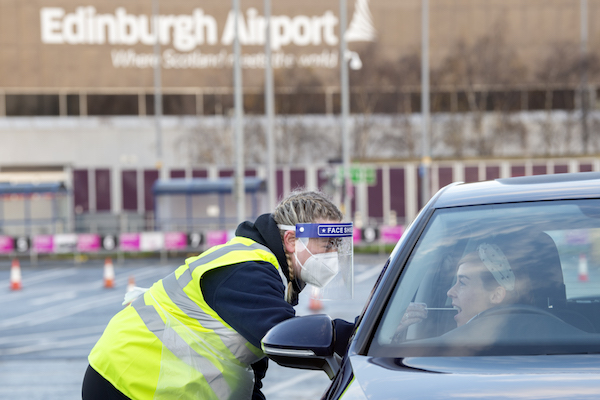 Edinburgh airport faces a “bleak” outlook after suffering its lowest number of passengers since 1995 in the last 12 months.

Travellers using the Scottish capital’s airport fell by 76% last year to under 3.5 million in 2020 over the previous year as the Covid pandemic hit.

The downturn is estimated to have cost the Scottish economy around £1 billion and more than 21,000 jobs in the same period following ten years of growth.

Passenger numbers were down in every quarter as the pandemic took a grip on Scotland with tighter restrictions on travel and border controls.

The vast majority of people travelled before the pandemic hit and numbers plummeted by 99% between April-June, 83% between July-September and 90% between October-December.

Airport chief executive Gordon Dewar said: “The fall in our passenger numbers is only one reflection of the long-term damage being inflicted by Covid-19 on Scotland’s economy and its social fabric, but it is a worrying one and there is no clear path to recovery.

“Nobody should assume that when the pandemic subsides, life will go back to normal.

“At the airport, we will be starting from a low level of activity not recorded here since 1995 and the choice of airlines and destinations may be dramatically different to those we had worked hard to build before 2020 and on which many people depend for bringing visitors to Scotland and for holidays and business, including exports.”

He added: “We believe that now is the right time for industry, government and trade unions to be thinking about a substantial economic recovery plan – one that does not distract the health professionals from the important job of saving lives and protecting the NHS today, but one which puts Scotland in the best possible position to recover as quickly as possible when the conditions allow.

“The power and impact of the aviation industry cannot simply be measured on passenger numbers and the number of aircraft arriving and departing – thousands of people rely on airports and airlines, and their vast supply chains, for the income that puts food on the table and pays the bills.

“Other countries around the world are providing support for their aviation sectors and UK and Scottish governments should do the same.”