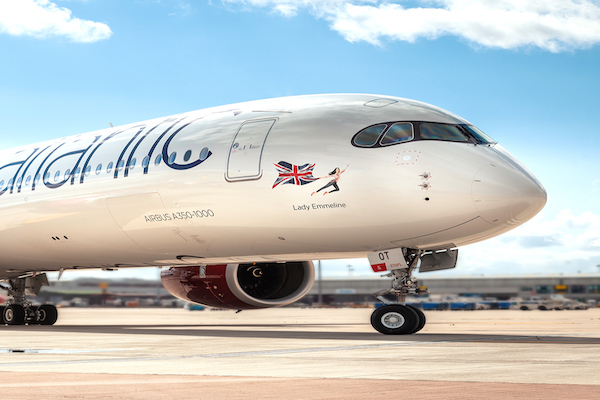 ‘Lady Emmeline’ will pay homage to the founder of the suffragette movement and women’s rights activist, Emmeline Pankhurst.

All charitable donations received on board the Airbus A350 will be distributed to a selection of women’s charities it enters service next year to destinations including Orlando, Antigua and Barbados.

A second A350 will named ‘Fearless Lady’ in celebration of the mother of the airline’s founder Sir Richard Branson after she died in January.

The airline’s chief people officer Estelle Hollingsworth said: “We’re delighted to be celebrating two fearless females this International Women’s Day.  Having their names emblazoned on the side of our planes will act as a lasting reminder of their spirit and the determination to drive positive change that both of these exceptional women encompassed.

“Today, we will also be celebrating our own women in aviation.

“We are focussed on being a fair, diverse, and inclusive employer that attracts the best talent, regardless of gender.

“We’re committed to creating an environment that allows women to thrive in the workplace, by ensuring we have a gender balance in leadership positions, as well as creating a framework for future talent to flourish.”