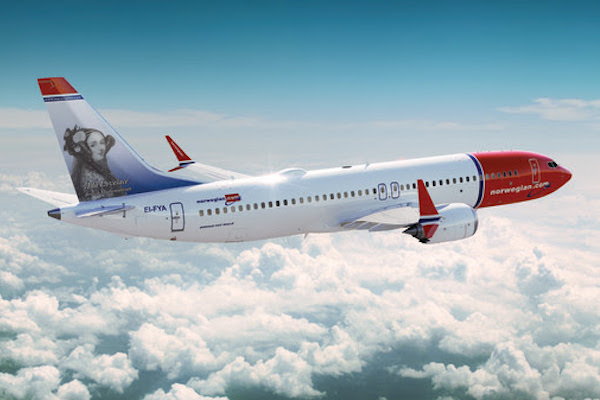 The Scandinavian budget carrier – once the third largest carrier at Gatwick – operated an average of just eight aircraft mainly on domestic routes in Norway in the month as it battled for survival.

Capacity was slashed by 98% year-on-year and the load factor was down by 45 percentage points to just 35.9%.

The Norwegian government confirmed the offer of a loan on January 21, conditional on the carrier raising new capital.

The carrier had announced the end of long-haul operations and closure of its Gatwick base with the loss of more than 1,000 jobs as it sought to pull off a second debt-for-equity swap in nine months.

Norwegian Air entered bankruptcy protection in Ireland in November and in Norway in December. The Irish process, known as ‘examinership’, provides protection from creditors for only up to 100 days.

Announcing the January traffic figures, chief executive Jacob Schram said: “The pandemic continues to have a negative impact on our business as travel restrictions remain.

“We are doing everything in our power to come out of the examinership as a stronger, more competitive airline and we look forward to welcoming more customers on board as travel restrictions are lifted.”

The workers are now having to launch claims with the government’s Insolvency Service.

Guidance over redundancy for the 1,100 affected staff was issued after KMPG was appointed liquidators of the UK crewing offshoot.