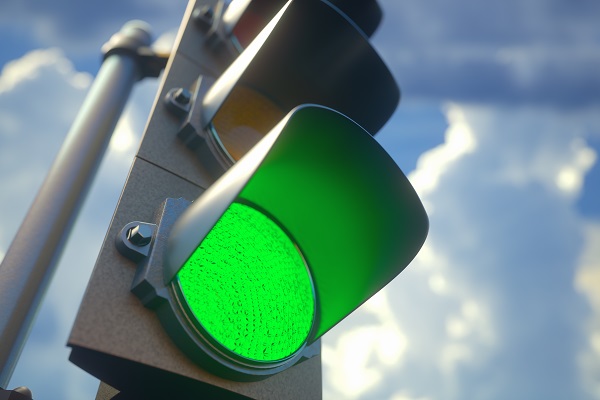 Travel agents say the Global Travel Taskforce’s new ‘Green Watchlist’ is a “step in the right direction” but called for further clarity on the notice period the trade will get on changes to “clear the mist” on how it will work.

A ‘Green Watchlist’ was one of the additions in the report, released overnight, which will highlight countries at risk of moving from the low-risk green category to amber.

But the report also stressed the government “will not hesitate to act immediately should the data show that countries’ risk ratings have changed”.

Flight Centre’s EMEA managing director Steve Norris, said “we appreciate waking up to news from Grant Shapps that the government’s Global Travel Taskforce has reported its plan for unlocking international travel, but with essential elements of the process still unclear it feels that these announcements do more to appease the industry than offer help.

“There is still more to be done to clear the mist still blanketing summer travel, specifically in perfecting the traffic light system ahead of May 17.

“The green watchlist is a step in the right direction for the alert system we desperately need, giving our overstretched industry prior warning before consumers dash to book the next green destination, but this needs to be developed further.”

He added: “For the system to be a genuine help, it should also provide warning when a country risks heading into amber or red, giving travellers peace of mind to book knowing they won’t be faced with an overnight scramble to return to the UK and allowing agents time to amend customer’s bookings.”

Julia Lo Bue-Said, chief executive of the Advantage Travel Partnership consortium of agents, said the taskforce’s framework was a “step in the right direction” but that the government must learn from “mistakes” made last year “in order to avoid unnecessary cost, disruption and anxiety for travellers”.

She said: “It’s encouraging to see that the introduction of a ‘Green Watchlist’ will come from one single government source and pleased that the overall objective of the watchlist is to give passengers greater certainty when travelling and assurance for those who wish to travel abroad.

“Our underlining concern at this point, in the absence of the full report, is clarity around the notice period of when countries will be added/removed, meaning travel agents will be left to deal with the operational challenges of cancelling and rebooking trips, and consumers will be scrambling to get home.

“We do, however, understand the need for the government to act swiftly in the event of emerging evidence, particularly to variants of concern.

“Travelling will be complex for the foreseeable future, so we would encourage anyone who is considering booking a trip to speak to their local travel agent.

“We remain hopeful for some kind of summer season, as this is still some months away and as we know, circumstances can change very quickly, and with the continued vaccine rollout, particularly across the US and parts of Europe, we are positive there will be further progress to ensure a safe and sustainable return of travel. As the rest of the economy starts to unlock we will be doing all we can to work with government to safely restart travel.”

Speaking on a Travel Weekly webcast, Jet2holidays chief executive Steve Heapy said: “If we got a week’s notice we’ve basically got to take a view as to whether we will be able to fly to a destination and when – then gear up the operation, staff equipment, etc. – ready to receive customers.

“But of course if may never hit the green list, and the green list is quite questionable anyway because you need the PCR tests and that’s prohibitive in terms of cost.”

He said operators need to know if and when destinations will hit the green list and any other conditions that may be in place.

“There’s just too much uncertainty,” he said. “People have got enough on their plates at the moment and people – me included – are feeling a bit frazzled by all this. It’s been over a year now and we don’t seem an awful lot further.

“We can’t be doing with the goalposts being changed all the time. We need a proper roadmap.”

Not Just Travel, which represents 600 home-based agents, said the taskforce report was largely “positive” but co-founders Steve Witt and Paul Harrison said they would like to see it “go further and provide a list of countries that will appear on the green list”.

“Every step we take towards reopening our borders, getting planes in the sky and allowing people to travel is a step towards a return to happy holiday makers,” they said.

“It’s great to hear that they plan to have a ‘Green Watchlist’ [which] is also very helpful as it will reduce surprises and help create a little more certainty.”

They said Grant Shapps’ comments on BBC Breakfast when he dropped his ‘don’t book’ message to holidaymakers was “encouraging”.

“This is of course stepping stones and a phased return to normality so as long as we all recognise this, I think we’ll all be fully supportive,” they added. “Customers who are keen to get away first will also be supportive.

“If it’s purely for a holiday, if the country you originally wanted to go to doesn’t appear on the green list, you’ll probably pick another country or you’ll wait.”

“However, we anticipate that those travelling to visit family or for business purposes will welcome today’s news and will have confidence to book long awaited trips.”

Jacqueline Dobson, president of Glasgow-headquartered Barrhead Travel, said it was “encouraging to see a framework emerging from the UK Government” but said “further clarity” was needed “if the industry is to have full confidence that planning and preparations can begin for May”.

She added: “It remains unclear whether this approach will be supported by the Scottish government and we urgently require clarity on that point as a matter of priority. Anything other than a four nations approach risks disadvantaging Scottish business and leaving Scottish travellers facing a choice between no travel or travelling from an English airport.

“There is still a long way to go, and there is a lot of information requiring clarification before early May when the first green watchlist countries are announced. That being said, with 2020 being such a tumultuous year for our industry, this feels like a step on the road to recovery.”

“While it will provide consumers and operators alike with a degree of additional clarity around potential destinations of risk, the report makes it clear that the threat of a repeat of last summer’s chaotic scenes, with a country’s status at very short notice, hasn’t entirely gone away.

“So – along with the cost of testing – the prospect of enjoying a simple summer of sun remains some way off.”

Karen Dee, chief executive of the Airport Operators Association, agreed. She added: “The government has to give industry and consumers sufficient time to prepare for reopening and book travel. Transparent criteria for countries in each travel tier and an indicative green list along with a firm commitment to reopening on May 17 would boost consumer confidence and we urge the government to publish these shortly.”

Which Travel editor Rory Boland said: “There is also little detail on reassurances that destinations won’t suddenly be moved from green to amber or red, putting travellers at risk of last-minute changes and unaffordable quarantine costs.

But he added: “It is encouraging to hear plans to give the CAA greater powers to tackle the consistent law breaking we saw on refunds from some airlines in the last year. These must be sufficiently tough, and give the ability to fine airlines directly for past behaviour to ensure they won’t step out of line again.”