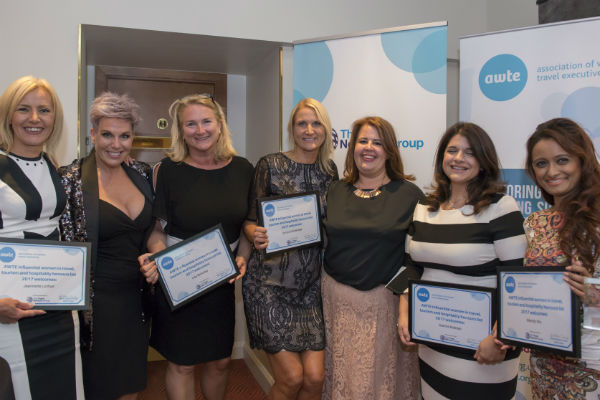 This year’s Association of Women Travel Executives Annual Awards will for the first time celebrate the work of male members supporting gender equality in the workplace.

Also new for 2018 is AWTE’s media partnership with Travel Weekly, which the association hopes will help spread its message and attract new members.

The awards ceremony, to be held at the May Fair hotel in London on September 10, will see a new ambassador award handed out.

Sarah Clayton-Turner, chairwoman of AWTE, said the 2018 awards would be a celebration of the good work in the travel sector to push the gender equality agenda by men or women.

“One of the key things I have realised since becoming chair is it’s all very well having a women’s association but we cannot do it on our own, we have to engage with our male members,” she said.

“We are constantly challenged about why we still need a women-only association; a few years ago we did consider whether it was time to drop women from the name but it was felt absolutely not.

“We are lucky in this industry because there are a number of senior women on boards who we can use as positive examples. But there is still a lot more to be done.”

The ambassador award will be given to the nominee AWTE judges decided actively encourages women in business and allows them to reach their potential.
AWTE has had male members for five years through its corporate membership scheme.

This year is the first time the AWTE awards have been judged by a panel drawn from the industry. It includes Travel Weekly editor‑in-chief Lucy Huxley as part of the media partnership, as well as Phil Garder of Thomas Cook, Nick Hughes of dnata Travel and Lisa Henning of The Travel Network Group.

Clayton-Turner said: “We have gone as far as we can on our own and needed a media partnership to help us achieve our goals and look for new ways to engage members and increase our numbers.”

“The events we put on are great and well attended but it’s become more and more difficult to get people to attend,” she said.

“We wonder if one of the reasons behind that is, while we have an amazing membership, a lot of those senior women already have the tools they need to succeed.”

Clayton-Turner added that the AWTE had sought to extend its focus beyond leisure travel by forging partnerships with corporate travel body the GTMC and the Aviation Festival.

The shortlists for the four awards have been announced. In addition, three recipients will be awarded the AWTE benevolent enterprise gift.