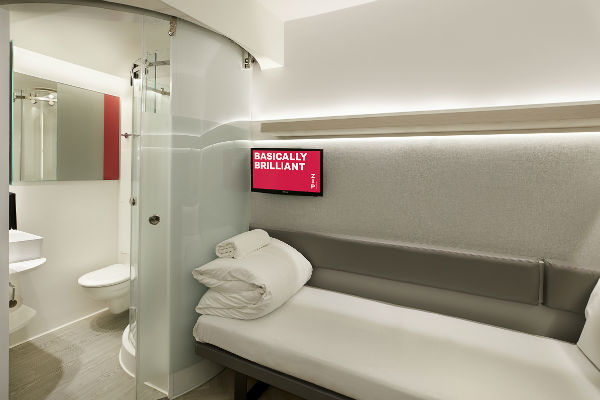 The owner of budget chain Premier Inn today revealed “weakness” in demand during the summer as it cautioned over its winter performance.

The disclosure came as Whitbread revealed a 4.8% rise in sales for Premier Inn for the first six months of the company’s financial year. However, like-for like accommodation sales were almost static at 0.2%.

This came as Premier Inn’s UK network increased to more than 74,000 rooms, with a committed pipeline of a further 13,000 rooms.

Whitbread, which is selling its Costa coffee brand to Coca-Cola for £3.9 billion, saw half year pre-tax profits rise by 2.5% to £270 million.

The company will be a focused hotel business with more than 800 properties in the UK, Germany and the Middle East following the sale of Costa.

Total Premier Inn revenue for the half year grew by 2.6% to £1.1 billion, driven by “strong capacity addition”, with an operating profit of £303 million, up 2.6% year-on-year.

Premier Inn grew total accommodation sales in London by 6.3% in the first quarter and 8% in the second quarter, “significantly outperforming” the midscale and economy hotel market.

The hotel group increased total accommodation sales in the regions by 3.8% in the first quarter and 4.7% in the second quarter, also outperforming the midscale and economy hotel sectors, but by a lesser degree.

“This was supported by robust demand for business travel, offset by weaker consumer leisure travel demand,” the company said.

Premier Inn operations in India, Thailand, Singapore and Indonesia have been sold or closed while those in the Middle East are operated in a joint venture with Emirates.

Looking forward, Whitbread said: “Given the recent economic and political environment, along with inflationary pressures in the consumer sector, there is a degree of caution on demand.

“The combination of our commitment to the investment programme and the current UK consumer environment naturally means our near-term profit growth may be lower than in previous years.

“However, Whitbread is confident that the ongoing efficiency programme can continue to offset a significant proportion of inflation over the short to medium term.

“Ongoing disciplined allocation of capital and focus on executing Whitbread’s plans will continue to win market share from the declining independent hotel sector in the UK and Germany, which will deliver sustainable growth in earnings and dividends and a strong return on capital over the long-term.

“Although we have seen some weakness in consumer demand over the summer, we have made further encouraging progress with our efficiency programme, ensuring we remain on track with our plans for the current year.

“We have grown the UK network to over 74,000 rooms, with a further 13,000 rooms in our pipeline and we have potential to further extend our growth runway in the UK to 100,000 rooms and beyond.

“Alongside this material addition of new capacity, we have maintained our leading occupancy rate, increased the rate of customers booking with us directly and delivered a strong return on capital.

“In terms of innovation, we have recently announced the trial of a new format in the UK, ‘Zip by Premier Inn’, which will open in the first quarter of 2019.

“In Germany, our pipeline is now close to 6,000 rooms, equivalent to 30% of our total pipeline for Premier Inn.

“We are now looking forward to dedicating our focus to the significant structural growth opportunities available to Premier Inn in the UK and internationally.”

An update on “ambitious plans to access these attractive opportunities” will be provided at an investor day in February, she added.