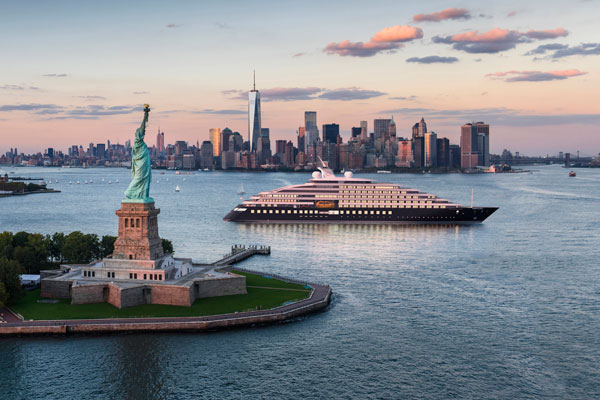 The introduction of Scenic Group’s luxury yacht Scenic Eclipse has been delayed a third time until August 15.

The company blamed financial challenges at the shipyard in Croatia where the vessel is being built.

As a result, the launch of ship will now be a year later than originally planned.

Scenic first announced last July a five-month delay in delivery of the vessel until January 2019, a date that was further pushed back until April 13.

The 228-passenger vessel, featuring helicopters and a submarine for prime viewing in the Arctic and Antarctica, had been due to enter service in August 2018.

The third set-back came as Scenic reported that workers on at the Uljanik shipyard in Pula had not been paid full salaries for six months, leading to strikes and staff shortages.

Scenic is offering full refunds and “reasonable associated costs” with travel to those with affected bookings on the ship and a 25% discount on re-bookings.

A company spokesman said: “We are deeply sorry for the inconvenience these delays to the launch of Scenic Eclipse have caused to our guests.

“As a company we have done everything possible to complete the ship within the time limits that were set previously, but a series of events that are outside our control have put us in a position where we must delay.”

A new consortium of owners of the shipyard, including Italian shipbuilder Fincantieri, has given hope of “stability and focus” to current a future new-builds.

Scenic has signed a letter of intent with the consortium to set up a new discovery yacht division within a restructured Uljanik group.

“This new joint venture will be focused on competing Scenic Eclipse and on expediting the build of Scenic Eclipse II, as well as progressing development of the next generations of Scenic’s discovery yachts,” the company said.

“As Scenic’s guests will experience, the overall quality and sophistication of the vessels is second to none.

“The challenge has been the constant interruptions to the build process, late deliveries of equipment and other crucial supplies that have made it extremely difficult to keep any normal shipbuilding schedule, causing the launch to be pushed back.”