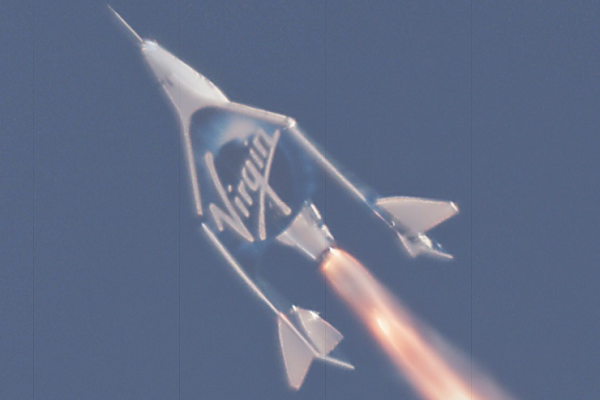 Investment outfit Social Capital Hedosophia (SCH) is to take a 49% stake in Virgin Galactic ahead of the combined business going public, expected in the second half of the year.

SCH founder and CEO Chamath Palihapitiya will invest an additional $100 million in the transaction and will become chairman of the combined entity.

Virgin Galactic already has bookings from more than 600 people in 60 countries representing $80 million in total collected deposits and $120 million of potential revenue.

The company “believes it has overcome a substantial number of the technical hurdles required” to make it a viable and profitable commercial service following its first spaceflight in December and a second launch in February.

Sir Richard said: “Great progress in our test flight programme means that we are on track for our beautiful spaceship to begin commercial service.

“By embarking on this new chapter, at this advanced point in Virgin Galactic’s development, we can open space to more investors and in doing so, open space to thousands of new astronauts.

“We are at the dawn of a new space age, with huge potential to improve and sustain life on earth.

“I am delighted that SCH has decided to become such an important part of our amazing journey. They share our dreams and together we will make them reality.”

Palihapitiya added: “It is a privilege to partner with Sir Richard Branson, a once-in-a-generation visionary, to bring the reality of commercial spaceflight to the world.

“We are confident that VG is light years ahead of the competition. It is backed by an exciting business model and an uncompromising commitment to safety and customer satisfaction. I cannot wait to take my first trip to space and become an astronaut.”

The company is racing against Blue Origin, the space business of Amazon founder Jeff Bezos, to bring tourists into space.