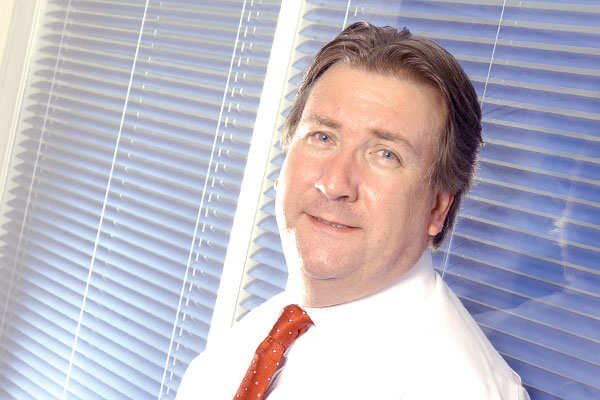 There are two challenges for tour operators and destinations alike during the Covid19 lockdown and ban on travel. Firstly, how to keep front of mind with consumers and connect with them in a way that is cognisant of their situation and, secondly, to make the brand or destination stand out from others doing a similar thing.

Dunne believes travel marketers have so far got messaging in soft marketing campaigns ‘spot on’. Here, he reviews a selection of current campaigns.

The tour operator has taken a big step in turning over its social media channels to 100% user-generated content while the lockdown of many countries is still in place.

Under the hashtag #BeTogether, Intrepid is encouraging people, including agents and partners, to share “letters” to someone who has made a previous travel experience special – with examples including homestay hosts, fellow travelers they met on group tours or their travel agent. The first letter apparently came from a blind man in Colorado and was written to his Inca Trail porter Elias. A video has also been created to support the campaign.

It’s a wonderful inspiring campaign that underlines subtly what travel brings to everyone.

South African Tourism (SAT) has created and released two videos as part of a campaign to promote the importance of self-isolation and social distancing while keeping the destination front of mind for potential future visitors.

The videos show poignant shots of South Africa’s iconic landscapes, cities and people, set against a haunting music bed and a compelling narrative from a local narrator which encourages visitors to stay at home so they can travel later.

Where the video wins is that it acknowledges the situation the viewer is in while giving them hope that the destination waits for them when the dark days pass.

Flight Centre – “Open up the world”

In a similar vein to South African Tourism, Flight Centre has released a video highlighting how its staff are working remotely to continue handling travel enquiries for their customers during the coronavirus lockdown.

The ‘Open up the world’ video is set against a haunting music bed and uses captions set over inspiring travel scenes to offer inspiration for future travels while emphasising the need to stay at home during the coronavirus crisis.

At over one minute 30 seconds it would normally be a tad long for a viral video but one thing people have now is time. I found myself watching it all without my mind wondering.

British Airways’ approach to the challenge of no travelling is to write a poem to its customers.
The poem, “Dear Britain” is performed by members of the airline’s staff including cabin crew, ground handlers, pilots, reservation staff and the airline’s chief executive Alex Cruz.

Set over the music so synonymous with the airline, Flower Duet, it is, once again, a subtle, thoughtful and inspiring communication between the brand and its customers. It will do much to cement the airline’s place in the hearts of its regular customers.

Visit Scotland is another tourist board which has struck the right note in its marketing approach during lockdown. The video has a melodic music bed, as a female narrator talks gently about this being a time for the heart as we look upon stunning Scottish scenery.

The narrator acknowledges that now we cannot travel but says that one day we will once again travel and enjoy what Scotland has to offer. At one minute 50 seconds it is another long video for social media but again is right for the audience it is aimed at and the circumstances they find themselves in – it is full of hope and inspiration. Just what is needed during a lockdown.

The Jamaica Tourist Board – “Escape to Jamaica”

The Jamaica Tourist Board has been particularly innovative in its soft marketing campaign during lockdown.

It has used Instagram for what it calls a ‘live series’ to uplift and inspire fans of the destination from around the world. The series includes ‘cook-a-longs’, wellness sessions and DJ sets, playing the latest reggae and dancehall hits Jamaica is known for.

The tourist board has also created an “Every Little Thing is Gonna Be Alright” Spotify playlist to keep spirits lifted. The playlist, which features melodies from Bob Marley, Jimmy Cliff, Beenie Man among others, aims to bring a little bit of sunshine to brighten up these darker days.

What I like about this campaign is that it makes the audience feel really connected to the destination in a unique and memorable way – which makes the approach really stand out.

VisitGuernsey had a major blow to its landmark event of the year when the Covid19 lockdown and travel ban came into place. Its Heritage 75 festival – which would have run for April to October to commemorate the 75th anniversary of Liberation from the Nazi occupying forces in the Second World War was impacted significantly.

However, the tourist board innovatively moved everything online. So virtual guided walks taking in defence towers and bunkers have been introduced. Readings from The Guernsey Literary & Potato Peel Pie Society novel that was the inspiration for the film and live cooking demos of war time food are now some of the features being offered by the tourist board.

The campaign shows the resourcefulness of travel marketers. It keeps the event alive and will no doubt inspire the audience to “see for themselves” when the travel ban is lifted