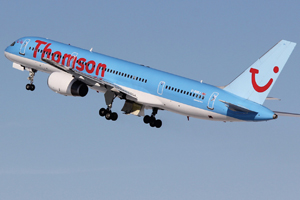 Thomson Airways plans to make more than 600 cabin crew redundant – almost one in four of those working at the airline.

The Tui Travel-owned carrier informed officials of the Unite union on Tuesday and will begin a 90-day consultation with staff and their representatives this month.

Thomson declined to confirm the number of jobs at risk or to give further details, but in a statement said: “This is a result of our continuing drive to become more efficient which includes changes to the aircraft fleet.”

The carrier is replacing its 23 Boeing 757s with smaller Boeing 737s and said: “Boeing 737-800 aircraft require fewer cabin crew and are replacing the 757s when they come up for renewal.”

The 737 carries almost 50 fewer passengers than Thomson’s 235-seat 757s. However, this would not by itself explain the projected loss of more than 600 jobs.

Unite has strong hopes it can maintain a policy of no compulsory redundancies at the airline. Regional officer Kevin Hall said: “We are confident we will be able to mitigate the number of redundancies substantially through voluntary redundancies and accommodating changes to contracts.”

He said: “These are preliminary discussions. The company wants cost savings and there are a number of areas it believes it can make significant savings. But this is not a company that came in for a punch-up. This is a company looking ahead.”

Hall declined to give more details ahead of Unite issuing a statement on Wednesday.

However, sources suggest Thomson might be content with a smaller reduction in jobs in return for changes to cabin crew contracts.

A company spokesman said: “Thomson Airways is committed to mitigating the impact of these changes on cabin crew and is working in partnership with the trade union to achieve this.”