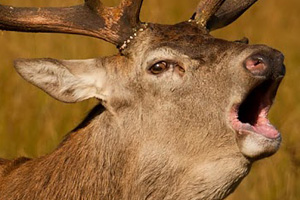 A Ryanair flight from Faro was forced to delay its landing at Prestwick airport yesterday after a deer was seen on the airfield.

According to the Scotsman, the animal was noticed by air traffic control staff at 11am. Officials told the pilot to fly “a go-around” before landing on the second approach.

A spokesman for the airport said the deer disappeared again and there were no further delays.

One passenger told the Scotsman: “We were almost down. We were coming over the last farm when we pulled back up again. I am not a good flyer and I found it quite shocking.

“Everybody was looking at one another, wondering what was going on.”