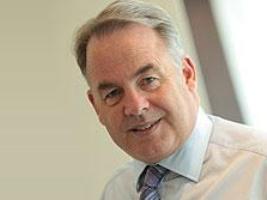 Etihad Airways boss James Hogan has been recognised for his “outstanding strategic thinking and leadership” in winning the Executive Leadership category at the annual Airline Strategy Awards in London.

The Executive Leadership Award was chosen by a panel of expert judges from the aviation industry after a thorough examination of Etihad Airways’ performance in the last 12 months.

The Airline Strategy Award follows president and chief executive Hogan being named CAPA Aviation Executive of the Year 2012 in which he was recognised for his “influence on the aviation industry, outstanding strategic thinking, and innovative direction for growth”.

Max Kingsley-Jones, who chairs the judging and is editor of the Airline Business magazine, said: “I’m delighted that we have recognised James Hogan with the Executive Leadership award this year.

“The judges were hugely impressed with every aspect of his leadership of Etihad Airways and the innovative ways in which the air carrier has grown in stature and success.

“In the past 12 months many airlines around the world have struggled with their business during challenging economic times but James has spearheaded a remarkable growth story and the panel was delighted to make him the aviation industry’s executive leader of the year.”

Hogan said: “Five years ago I signed on behalf of Etihad Airways the world’s biggest order for commercial aircraft – 205 narrow and wide body planes – at the Farnborough Air Show. Since then we’ve made great strides and none more so than in the past year.

“This recognition is the culmination of an incredible 12 months in which we’ve increased our profitability, focused a great deal of energy on customer service while, of course, never taking our eye off safety, and powered forward with our strategy of developing the world’s first equity airline alliance.”